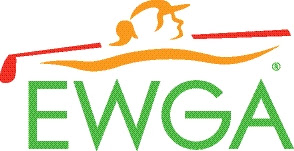 Ochoa will accept the accolade in person at the EWGA’s annual conference, scheduled April 18-21 at the JW Marriott Resort and Spa. The award recognizes individuals who have made longtime and outstanding contributions to women’s golf by paving the way for female golfers, and who have inspired others to follow in their footsteps.

It has been bestowed annually since 2001 by the EWGA (www.ewga.com), the nation’s largest amateur women’s golf association, connecting current and aspiring business and professional women through their love of the game. Over 14,000 members currently enjoy membership in the 21-year-old organization.

“Lorena has been known not only as a champion golfer, but an active philanthropist and ambassador,” said EWGA CEO Pam Swensen. “She has inspired the world by helping aspiring golfers and women realize their dreams. We look forward to honoring her ongoing contributions to the game.”

Ochoa will accept the award at Golfapalooza’s Opening Reception April 18. More than 400 women are expected to be in attendance at the conference, which is open to both EWGA members and the public; registration is required by March 23. Rates and sign-up forms can be found at www.ewgagolfpalooza.com.

Among the many benefits of registration, attendees will be able to bid for one of four spots to play nine holes with Ochoa, at TPC Summerlin on April 18. Sealed bids starting at $500 per spot are being accepted now through March 15. All proceeds from the winning bids will benefit the EWGA Foundation, supporting scholarships and other programs; bid sheets and rules can also be found at www.ewgagolfpalooza.com.

Ochoa, who retired in 2010, claimed 27 LPGA victories and 109 top-ten finishes during her eight-year professional golf career, with total earnings over $14.8 million. A native of Mexico, she was named one of Newsweek Magazine’s “11 Most Powerful Women” and Time Magazine’s “100 Most Influential People in the World”, before turning 30 years old. She is a past winner of the Kraft Nabisco Championship and the RICOH Women’s British Open.

In 2004, she founded the Lorena Ochoa Foundation, which helps underprivileged Mexican children with unique learning opportunities. To date, 355 students are enrolled at La Barranca in Guadalajara, through both a primary school and high school developed by the organization.

In receiving the honor, Ochoa joins an elite list of past winners of the EWGA Leadership Award, including Pia Nilsson (2005), Annika Sorenstam (2009), and Judy Rankin (2010).

The Leadership Award is one of several awards bestowed during the conference. More than 20 EWGA members will be recognized at Friday’s gala dinner, in categories that include Businesswoman of the Year, the Nancy Oliver Founder’s Award, Recruiter of the Year, and Women Who Lead, recognizing the volunteer spirit of the organization.

Registration to Golfpalooza, a four-day educational, leadership and playing conference, is open now until March 23. Conference registrants will have access to the Friday night Red Carpet Gala Awards dinner, as well as a series of seminars, 27 holes of golf, and fun evening events such as the Opening Reception and Casino Night. On Friday, Golf Digest Senior Editor and Golf Channel Big Break co-host Stina Sternberg will host the conference’s Demo Experience.

Full registration is $805; EWGA members receive a discounted rate of $675.