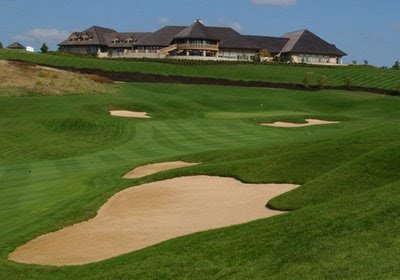 Longaberger has captured the top rating in the Buckeye State for its 11th consecutive year on the magazine’s “Best Courses” state-by state ranking, to be released in this Friday’s edition.

“With new courses opening each year, we know how difficult it is to maintain the No. 1 position over a long period of time,” said General Manager and Director of Golf Danny Ackerman. “We credit our ownership and staff for their commitment to excellence.”

Golfweek’s annual Best Courses ranking is a result of hundreds of independent raters who visit thousands of courses to find the best in each state. There are more than 800 courses in Ohio, alone.
Longaberger officially opened its 2012 golf season on March 1, releasing early-season stay-and-play golf rates starting at $137.50 per person midweek, including two rounds and overnight stay. The special is available now through April 4. Green fees, noted by GOLF Magazine as one of the best values in golf, are $59 now through March.

The course is centrally located in the golf and basketball-rich state, within an hour’s drive of Columbus - hosting second and third round Division I Men’s Basketball Championship games - and two hours’ drive from Dayton, hosting First Four games next week.

The course also offers memberships and benefits to those within the immediate area of the facility, and regularly hosts golf events and learning opportunities at the clubhouse, including its Get Golf Ready (five lessons for $99) and Golf Fore Women programs.

Reservations can be made online at www.longabergergolfclub.com or by calling 740-763-1100.