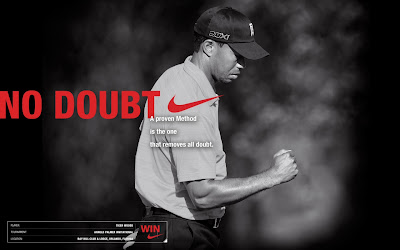 Woods started the day with a one-shot lead and was relentless in his pursuit of his seventh PGA Tour victory at Bay Hill. He came out strong with four fist-pumping birdies on the front nine, extending what would be an uncatchable lead. Solid pars on 15-18 were the perfect demonstration of Tiger-like concentration and poise as he won the tournament by an impressive five shots.

Playing with the Nike VR Pro Blades, Woods was confident in his approach shots, picking conservative targets in response to the difficult pin placements. In the final round, he hit his first 10 greens of the day, tying for second in greens in regulation for the entire tournament.

Woods stated, “I was pleased with the way I was hitting the golf ball and my pace on the greens.” He led the field with 20 birdies by relying on his Nike Method 001 putter.

On the body, Woods wore Nike Golf apparel from the Tiger Woods Collection as well as the new highly anticipated Nike FREE-inspired TW ’13 golf shoes that will be available in June 2012.

Thank you for share very good knowledge What a cool site.