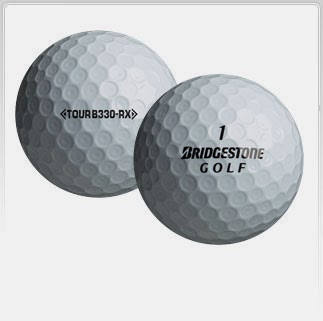 Webb relied on the Bridgestone TOUR B330-RX golf ball in her dramatic victory, giving the brand’s new Hydro Core technology its first-ever worldwide tour win.  Hydro Core technology produces 30% more gradation from the inside to outside of the core – creating greater spin reduction for longer distance and improved accuracy.

Webb took full advantage of Hydro Core’s reduced spin and Bridgestone’s patented seamless cover technology to negotiate extremely windy conditions in carding a final round 68.  The win is Webb’s first Australian Open victory since 2008 and the 40th victory of her illustrious LPGA career.

“When the course conditions got harder and the pressure was on, I fully trusted the performance of the new B330-RX from tee to green,” said Webb. “The ball performed amazingly well in strong gusty winds and I also was able to play some of the most delicate of short game shots around the green!”

Complementing Webb’s memorable victory was Bridgestone tour team member Paula Creamer, who also played the new B330-RX ball to card a final round 68 and earn a tie for third.

“Karrie performed incredibly well on Sunday, besting competitors half her age in tremendously difficult conditions,” said Dan Murphy, Executive Vice President of Sales and Marketing – Bridgestone Golf, Inc.  “Both Karrie and Paula tied for low final round in windy conditions when most of the rest of field was faltering.  We think that speaks volumes about the performance of the new B330-RX with Hydro Core technology and the confidence our tour team has playing it.”