(Norman, OK) — Golf course architecture firm Tripp Davis and Associates has recently completed a Master Plan for Long Island’s historic Engineers Country Club.  Originally designed by Herbert Strong and opened in 1917, Engineers hosted two national championships in its first four years, the 1919 PGA Championship and the 1920 U.S. Amateur, and quickly gained recognition as one of the best golf courses in the United States.  Davis has worked with Engineers to do a variety of smaller projects over the past decade, but the Club now has a commitment to move with more purpose towards restoring the golf course to its former glory, partly due to Davis’ recent Master Plan that helped the Club understand the value of what it has. 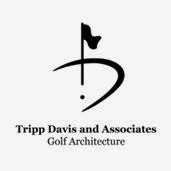 Part of this commitment is bringing on Matt Stoy as the Head Golf Course Superintendent. Stoy comes to Engineers after spending close to six years as an Assistant and then Head Superintendent of the East Course at Merion Golf Club near Philadelphia, where he worked under Matt Schafer as an integral part of restorations/renovations work, and the preparation for the 2013 U.S. Open over the East Course.

"I am very excited to have Matt join Engineers and become part of the exciting work we are doing there,” said Davis.  “There are a lot of similarities between the East Course at Merion and Engineers, from the rolling terrain, the uniquely classic architecture, the compact sites, and the fact that both were among the best in the United States as of 1920.  A lot of stylistic elements that we want to restore at Engineers are also found on the East Course at Merion.  Our goal at Engineers is to reach a point where members and guests will see, feel and experience why Engineers deserved its early reputation as one of America’s finest designs.  Matt's invaluable experiences at Merion will be a significant part of making that happen.”

Stuart Lubow, the Greens Co-Chairman at Engineers, is excited about the direction they are headed.  "In golf course architect Tripp Davis, and in our new Head Superintendent Matt Stoy, we have two of the best at what they do,” he stated.  “We are committed to enhancing the historic quality of Engineers and we are very excited about where Tripp and Matt will lead us in the years to come."

For more information about Tripp Davis and Associates, please visit the website at www.tdagolf.net or call 405-447-5259.
Posted by Blogger at 1:54 PM