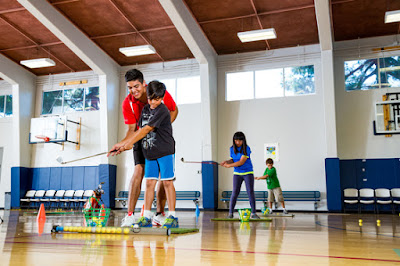 (Portland, OR) – One of the nation’s leading introductory and recreational golf programs, TGA Premier Junior Golf, has a new franchise in the largest city in Oregon.

Kendall Moore, a former Naval EMT, surgical tech, and clinic manager for nine years, and current student at Portland State, is the most recent entrepreneur to invest in the youth sports franchise model. He plans to grow the game throughout schools, community centers and golf courses in West Portland, which includes the communities of Beaverton, Tigard and Hillsboro, and expand east in the near future.

“My dream since leaving the Navy has been to be a business owner, so my wife and I have been researching opportunities that we would be passionate about,” Moore said.

Franchises have become a popular business opportunity for military veterans, with data showing that 14% of franchise businesses in the U.S. are under veteran ownership according to the International Franchise Association (IFA).

A discussion with a friend who currently owns a TGA golf franchise about ways to teach the Moore’s young son the game of golf prompted the search of the Portland area for similar programs. Like many cities across the U.S., the search came up essentially empty in regard to introduction of the game.

“Upon discovering limited options, we decided to launch our own TGA chapter here in Portland to enrich the lives of the children in the area,” Moore said.

The Portland community offers endless activity options for children, but the one thing missing was an after-school program to put golf clubs in the hands of children without them ever having to leave the school campus. Given the geographic constraints of the area, getting to area golf courses, can be an arduous journey.

The TGA (Teach Grow Achieve) model’s successful formula is two-fold: First, introductory golf programs are brought directly into schools and community centers and put on a level playing field with other sports on the menu of activities for elementary and middle school students. Second, following the introductory programs, TGA’s Player Pathway transitions students and their families to area golf courses to participate in recreational programs such as camps, leagues and parent-child events.

“Our goal at TGA of West Portland is to build the foundation of golf with our youth without having to cross rivers and mountains to do it,” Moore said. “We hope to build a new generation of golfers and change lives through the game.”