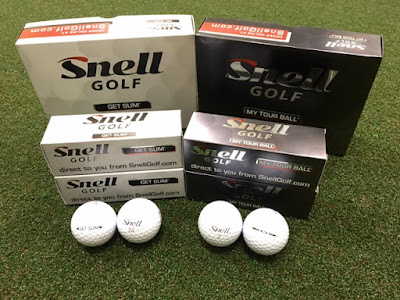 My search for a “go-to” golf ball may have come to an end.

Like most amateur golfers, I’ve tried many golf balls - some I’ve liked, others ... not so much. As a single-digit player, I’ve gravitated more to a three-piece ball that will provide distance off the tee, but also spin and a soft feel into the green. With prices approaching $50 for a dozen, however, I have not settled in on a specific brand.

In 2015, I began to hear whispers about a new ball that was shocking testers. By this year, the whispers had grown into shouts that I could no longer ignore. This is where my search may have ended. 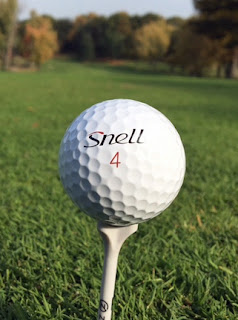 Dean Snell has spent more than a quarter century in golf ball research and development. In fact, he co-designed many balls, including the original Titleist Pro V1. He most recently worked for Taylor Made before hanging up his own shingle - Snell Golf. It’s his three-piece My Tour Ball that has garnered such attention.

Looking from outside-in:
- The urethane cover is ultra thin and gives the MTB its incredible spin and soft feel into and around the greens. It’s thin, but durable.
- The MTB mantle layer serves a dual purpose - minimizing spin on longer shots, while creating higher spin rates into the green. Both lead to enhanced control.
- The core of the MTB gives this ball its distance. Low compression provides high velocity. Ball speed is increased, regardless of swing speed. Stay under control without sacrificing valuable yards.

There’s also a two-piece option - Get Sum. What’s missing? The mantle layer. Get Sum makes up for that with a large, soft low-compression core that allows for the ball to have very low spin rates - increasing distance while creating fewer hooks and slices.

Also different - the cover. It’s a thin, soft Surlyn cover, designed to help golfers get the ball in the air easier, and reduced spin rates for straighter shots from tee to green.

How are these balls so inexpensive? No middle man. They’re sold directly to the consumer. You can get them at www.snellgolf.com - not in some retail outlet that needs to mark them up to turn a profit.

As you’d expect, these two balls perform differently. Allowing for human error, distance and accuracy were fairly similar off the tee. Taking away outliers and looking closer at well-struck tee shots, the two longest belonged to Get Sum, while the cluster closest to center of the fairway was comprised mostly of MTB. No big surprise. Not what I expected, however, was how close the two were. Distance was within 5 yards and accuracy was only 60-40 in favor of MTB.

Not much of a split off the tee. For us, the difference came within 100 yards of the green. The spin and consistency was terrific.

We had a guest with a 6 handicap test the Snell MTB ... and he agreed.

“I enjoyed hitting [the My Tour Ball], as I could feel the similarities between the Snell and Pro V1 balls,” he said. “One thing I really liked about the ball was how soft it was on the green. When I hit iron shots I was able to stop the ball with minimal roll on well-hit shots. I liked how it came off the head of the putter as well, as it popped off a little more than the Pro V.”

Perhaps that “pop” gave Snell the advantage off the tee, as well, for our guest.

“I felt it was a little harder than a Titleist ball as well, which I liked hitting tee shots with,” he added.

One question popped up with our tests that could not be answered, unfortunately. Is there something different about the texture of the Snell ball? Mud on the ball happens in wet or soft conditions, but we seemed to have more of an issue than our playing partners ... as did our guest.

“One minor thing I did notice with the ball was how dirty it got after a shot was hit,” he said. “I was able to clean it off well after the hole, but I do think I could have lost a few yards with the amount of dirt on the ball.”

Coincidence? Maybe, but would love to play more rounds - in dry conditions - to see. When that happens, we’ll update this review.

The final word from our guest:
“I really enjoyed playing with it ... and will definitely use it in the future,” he said.

We could not agree more.

For more information or to order your own Snell golf balls, visit www.snellgolf.com.
Posted by Blogger at 2:27 PM