(HUNTINGTON BEACH, CA) – Srixon and Cleveland Golf congratulate staffer Soren Kjeldsen for helping Team Denmark win the PGA TOUR ISPS Handa World Cup of Golf over the weekend at Kingston Heath Golf Club in Melbourne, Australia. Kjeldsen and his partner won the two-man team event by four shots, posting a 20-under-par total that included a 12-under-par 60 during four-ball competition in the second round. Three teams finished in second at 16-under, including China, which was represented by Srixon/Cleveland Golf staffer Ashun Wu. 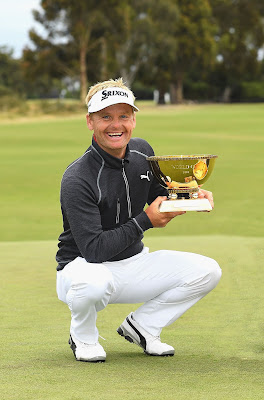 Kjeldsen, 41, and his partner notched the first-ever win for Denmark in this event, and they split a $2.56 million championship check.

“It’s been really interesting to feel this. I sort of get the sense why teams get so together when they play well. I’ve never really experienced that before this week,” said Kjeldsen.