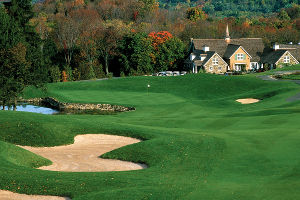 “To be named one of Golf Inc.’s ‘Most Improved Golf Courses’ for 2016 is a tremendous honor,” said Chuck Nowicki, general manager, The Golf Club at Mansion Ridge. “With the continuing support of ownership, our Troon team has been able to have a significant impact on daily operations in a relatively short period of time. Since the beginning of the 2016 season we have seen considerable increases in a number of areas including, total revenue, a 19 percent increase in rounds played, total spend per player, all while significantly growing our email database.”

This is the first time Golf Inc. Magazine has honored golf facilities for turning around their operations. Honorees hail from seven different states across the U.S., with three in Florida. The competition was open to facilities from across the globe, but most nominations were U.S. facilities.
“Each of the honorees has had impressive success and has a great story to tell,” said Jack Crittenden, editor in chief, Golf Inc. “These are the kind of case studies that make one believe in the future of golf.”

For more information, visit www.mansionridgegc.com and www.Troon.com.
Posted by Blogger at 6:24 PM