(JACKSON, Miss.) - With just one month left before the start of the Sanderson Farms Championship, the tournament announced early player commitments. 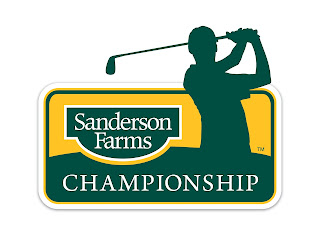 “Based on the early commitments, we are anticipating an extremely strong field,” said Executive Tournament Director Steve Jent. “The feedback we’ve received throughout the year is that the players really enjoy the experience here in Mississippi, and they are eager to get a jump in the FedExCup points competition.”

The 48th Sanderson Farms Championship is set for November 2 – 8, 2015, at The Country Club of Jackson in Jackson, Miss.
Posted by Blogger at 5:21 PM