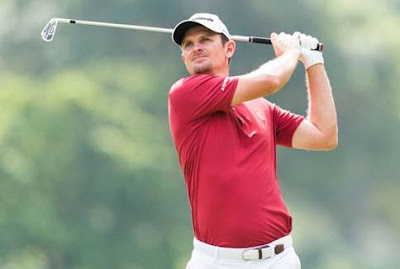 What You Need To Know:
· Rose’s win is the third worldwide for TaylorMade’s new M1 driver (Day & Korda). He switched into the M1 460 at the BMW Championship after testing both the 430 and 460cc models. His current shaft is a Mitsubishi Rayon Tensei, which he put in play at last week’s Frys.com Open.
· With 55 drivers in play (36 of them being M1) and 37.9% of the field, TaylorMade was the #1 driver brand at the UBS Hong Kong Open. Additionally, there were 68 TaylorMade fairway woods (37.6% of total) in play, also securing the #1 brand count at the tournament.
· Rose’s win is the first worldwide victory for the new PSi Tour irons, which he added to his bag just last week. After testing them during the brief offseason, he put the 4-7 irons in his bag while playing the Tour Preferred MB irons in the 8-PW. He plays KBS C-Taper 130s in all of his irons.
· Rose’s Tour Preferred EF wedges have been a mainstay in his bag since first testing them and putting them into the bag last season. His 52, 56 & 60 degree wedges are each bent 1 degree strong. He plays a 52* & 56* in the ATV grind and the 60* in a Tour grind.
· Rose recently switched into (and was the first TaylorMade Tour staffer to do so) the new, soon-to-be-released Tour Preferred X golf ball, which he first played last week in Napa en route to a T6 finish.