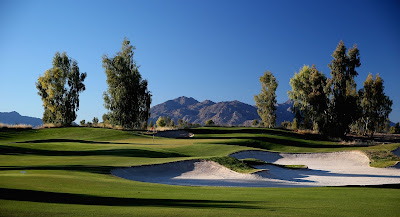 (Maricopa, Ariz.) – Ak-Chin Southern Golf Club, located in Maricopa Ariz. and ranked among the five best courses in the state by Golf Magazine and Golfweek, is pleased to announce that it will serve as the host site of the PING Southwest PGA Section Championship from 2016 through 2020. Previously played at Reflection Bay Golf Club in Las Vegas, Nev., the highly contested event features a 54-hole individual stroke play tournament with the winner earning a spot to play in the Waste Management Phoenix Open.

"We’re excited for the opportunity to partner with Ak-Chin Southern Dunes Golf Club to host our PING Southwest PGA Section Championship over the next five years,” said Michael Miller, executive director for the Southwest Section PGA.  “To have the chance to conduct our premier member-championship at a facility the caliber of Ak-Chin Southern Dunes for an extended period of time, fits well with our long-range objectives for the event and is a commitment our members can be very proud of.”

Ak-Chin Southern Dunes Golf Club continues to uphold its reputation as a premier competitive tournament host and is fresh off the heels of a major renovation and enhancement project. In the span of just eight weeks, the club hosted five highly competitive tournaments that put championship amateur and professional golf on display. This Troon Golf-managed facility kicked of this season of tournament golf playing host to the state’s top amateurs hosting the Arizona Amateur Championships in August 2015. Then in September, the club hosted the section’s top club professionals during the Southwest Section PNC. At the end of the September, Ak-Chin Southern Dunes hosted a number of local professionals as the host of a Gateway Tour event. That event was immediately followed by the Wyoming Men’s Southern Dunes Invitational in early October. This flurry of competitive events cumulated with Ak-Chin Southern Dunes recently playing host to a number of notable professionals with tour aspirations during the Web.com Tour 1st Stage Qualifying School.

For more information on any of the programs above or Ak-Chin Southern Dunes Golf Club, visit www.golfsoutherndunes.com or call 520.426.6827.
Posted by Blogger at 11:16 AM