Poll Results: Nearly 80 Percent Agree on How to Handle a Ball in a Fairway Divot 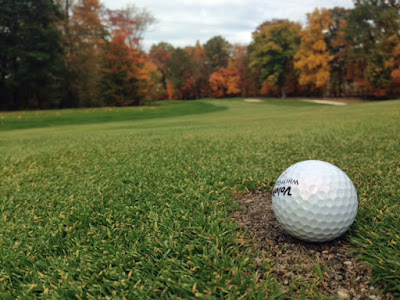 Let’s set the scene: You’re playing a round of golf by yourself. You’re keeping score, but there’s nothing on the line. You hit a nice drive in the fairway, but your ball has come to rest in a divot. What’s your next move?

According to the results of a Google+ Golf Community poll, 77 percent of us will grin and bear it ... playing it as it lies. Unfortunate, yes, but part of the game for those who follow the USGA Rules of Golf by the letter of the law.

Victor Calderon is in the majority. “If the ball comes to rest in a divot, then that's just bad luck,” he said. “This game comes with trouble so I'll play it as it lies. With a shorter iron than intended, I'll change my intended distance from center green to front side, if at all possible.”

Excellent advice considering there’s a good chance the ball will come out without any backspin, causing it to run out.

“Play it as it lies,” Bricknell said. “The only person you cheat is yourself, otherwise.”

Qureshi said, “Play it as is lies. Toughens up your competitive edge.”

Mark Hainsworth echoed Qureshi’s forward thinking. “If you're playing alone, you're only practicing, so practice hitting the shot from the divot hole. Someday you'll need to know how to play that shot.﻿”

For skpknight, overall course conditioning plays a factor in the decision. “Playing alone or not, we improve our lies on most of the courses in our area because the fairways are not as well manicured as some areas of the country. There are a lot of dried patchy areas and, frankly, a lot of the locals don't seem well versed in replacing their divots. We also have some greens on a couple of courses that need reseeding and have bald patches. We therefore allow a player to move his ball. Regardless, however, it's never no nearer the hole.

“This is particularly true on our city courses or underfunded semi-private courses,” he added. “Of course, in captain’s choice matches or other matches we play as it lies.﻿”

That makes sense - keeping in line with rules of competition. Skpknight added that he and his playing partners generally agree to play winter rules before teeing off.﻿

Victor Enlow presented an option that would satisfy both sides: “Play that one, then hit another.”

Good suggestion when outside competition.

Jason Thompson presented an interesting point, so I’ll leave you with this to ponder on your own.

“Take winter rules out of calculation ... Do you cheat by moving it or try to improve your game by playing it﻿?”

Answering a question with a question leaves a lot of food for thought. Well done, Jason.
Posted by Blogger at 11:21 AM