Poll Results: How Often Do You Replace Your Golf Glove? 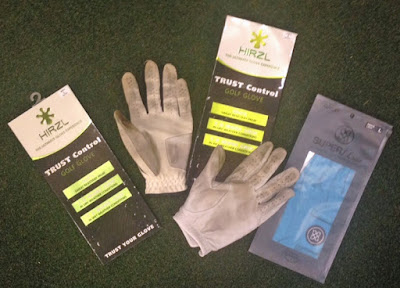 I fall in the minority. Perhaps it’s because I live in the snowy Northeast and buying a new golf glove every winter helps bridge the gap between late fall and early spring. There’s something about starting the year with a fresh glove that really appeals to me.

I wasn’t surprised with the majority only buying a new glove once the old one is too worn to be useful. That may have exposed a flaw in the options I presented, however. How often gloves become “too worn” is subjective.

I found that a lot of people, like + Vipul Gidda, have multiple gloves. “Playing in the Texas heat ... I have to rotate between two gloves during a round. Makes them last longer though.﻿”

For +Victor Calderon, which glove he uses depends on the task at hand. “I keep new glove for rounds and an old one for the range ... ﻿then rotate the newer glove for the range when the older one gets worn out.”

+Jeremy Black thought that was a great idea, while Calderon joked that he’s “Frugal that way ... LOL”

Speaking of jokes ... I’m not sure whether +Daryl Messenger is serious. “I wash/dry my gloves after they have become old and stretched. It restores the firmness.”﻿

I tried that once and the glove became a shriveled mess. That was many years ago. The technology and quality is certainly better. That may make a HUGE difference.

+Jason Thompson is loaded for bear and uses a similar strategy to Calderon. “I'll have two or three new gloves in my bag at all times, plus old ones for the range,” he said. “Once they lose shape, I swap to a new one, as you start to get movement during your swing﻿.”

Lastly, not everyone uses a glove. Take +Linden Franks, for example. “I just like the feel of the grip in both hands; I quit wearing a glove way back in late 90s.”﻿
Posted by Blogger at 1:34 PM