Poll Results: How many rounds of golf do you typically play each year?﻿ 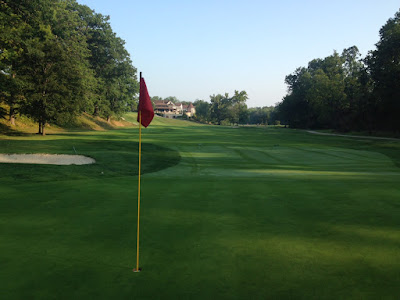 I was curious about the amount of rounds played annually by the “typical” golfer. So, naturally, I posted a poll in the Google+ Golf Community and followed that up with a Google search. Had I searched first, I wouldn’t have been surprised by my poll results.

My surprise? I didn’t think 42 percent of responders played more than 40 rounds each year. When I was a kid, I easily passed that number, but as a working family man, I generally play between 21-30 rounds each year (20 percent do the same).

The clear winner in my poll was +DUN DEAL, who said he plays 100 rounds annually and does so in just five months! +Ricky Potts joked, “You must not work full time.”

Nice! I was curious if those rounds were spread out over many courses or played on one, primary, track. According to +DUN DEAL, he shares the wealth with four courses.

That wasn’t all the interaction with +DUN DEAL. +Vipul Gidda said, “Wish I could play as many as +DUN DEAL!﻿”

In what could only be considered piling on, +DUN DEAL came back with, “The crazy thing is I also ski 100 days a year. :)﻿”

+Gary Ingle probably speaks for most of us: “Let's just say I don't get to play as much as I would like to because I love playing golf.﻿”

Fortunately for +skpknight, he’s also in the lucky majority. “I play once a week, usually on Friday, and twice a week if I am on vacation (4 weeks a year + a couple of personal days) which allows me to play at least 40 rounds.”

+Tommy Denson is a diehard golfer who, apparently, has a 9-5 job. “Unless it's a blizzard or a monsoon, I am on the course every Saturday and possibly (hopefully) on every federal holiday.﻿”

Back to the 2011 survey (updated in 2014) posted on Golf.com in conjunction with the National Golf Foundation ... The average golfer plays 46 rounds of golf. Age, handicap, number of lost balls and household income were also covered, but I’ll leave those (aside from income) for future polls.

In closing, I’ll leave you with this +Ricky Potts quote, “#PlayMoreGolf.”