Poll Results: When Did You Begin Playing Golf?﻿

Golf is a game for a lifetime. You’ve most likely seen video of a 2-year-old Tiger Woods hitting balls on the Mike Douglas Show. And we’ve all seen octogenarians at the course. From the time you can walk, golf is a sport to be enjoyed. 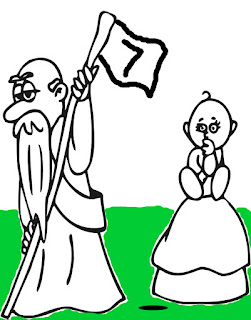 That said, not everyone starts swinging a club at 2. Many don’t pick up the game until they're out of college and into the professional world. Others, still, begin even later in life - developing a passion for golf and killing time upon retirement.

Sounded like a question for the Google+ Golf Community.

Judging by the results, if you don’t start playing as a kid, chances are high school and college will be spent pursuing alternative activities.

Personally, I first played in the late stages of childhood. While I was exposed to the game by my grandfather years before, I borrowed a set of clubs from a friend and hit Twin Oaks par 3 course in the summer before high school.

I was hooked and played constantly over the next four years - going from junior varsity my freshman year to varsity my sophomore and “top dog” for the last two years of high school. At the time, weekday memberships at my local courses ranged between $100-125. My buddy Rusty and I would play as much as we possibly could. Someone would drop us off at the course in the morning and someone else would pick us up that evening. Playing 36 holes in a day was nothing.

+DUN DEAL has a story that’s probably pretty common among golfers in their 30s and early 40s. “Young adult, when tiger made it cool to me.﻿”

+Vipul Gidda first went to the driving range with his dad and became hooked.

Many of my friends followed a similar path to +Linden Franks. My 1st intro was not a good one as I was a baseball player. I stepped into the ball until another more advanced golfer corrected me. That was at about 11-12. I played sporadically until maybe 15? I did not play again until in the military and had 3 courses I could play. That was aged 19; I have been hooked ever since. I am now 66 years young.﻿”

Making the transition from baseball to golf isn’t easy. The same could probably be said about cricket. +Jason Thompson can speak to that.

“Started in my early teens, got the handicap down to 12 and a bit then cricket took over and I’ve gone back to golf since retiring from cricket three years ago,” he said. “Handicap floats between 16 to 18. Just don't have enough time to hit enough balls to bring it down any lower. Best round I’ve had since coming back was an 81﻿.”

+Victor Calderon took up golf for the first time just over a year ago (August 2014). At 47 years old, he’s on the latter side of my “adult” category, but shows a strong sense of humor. “I regret not taking it up much sooner ... I'd probably have my PGA Card by now. Haha.﻿”

We did have a couple “later in life” comments.

+Jack Holt and + Jane Goldman benefit from being in the childhood group.

“I started when I was 5 years old, and played my entire life,” Holt said. “I've been playing for 47 years now and proud to say I have kept a single digit handicap for 36 years.﻿”

Not too shabby, Jack!

Jane is still a pup, but has the golf bug.

“I started playing golf when I was a little child,” she said. “I would practice on the range until I was about 9 or 10 then I started tournaments. I am now a junior in high school and I really enjoy golf and hope to play in college. Does anyone have any advice for me?”

“ind a PGA/LPGA certified instructor and work with them,” Franks said. “Play as often as you can and 'play it down' as often as conditions permit. Play as many individual tournaments as you possibly can. Avoid playing 'scrambles'.

“Select the college you hope to attend and send their golf coach videos of yourself,” he added. “More than anything, keep it FUN!”﻿

The last bit is great advice for all of us.
Posted by Blogger at 2:56 PM