(HARRIS, Mich.) – Sweden’s Dani Holmqvist – winner of the Island Resort Championship in June – was one of the top 10 finishers on the Symetra Tour’s “Volvik Race for the Card” money list this season and will play full-time on the LPGA Tour in 2016. 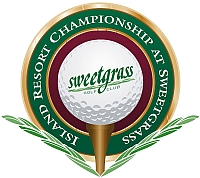 “It means a lot,” Holmqvist said after the Symetra Tour Championship at LPGA International on Sunday, Oct. 18, upon securing her LPGA card for 2016. “I played some [LPGA Tour] events last year on conditional status but it felt like it wasn’t for real.  This time I’m really excited.”

She’s not the only one.

“Everyone at Island Resort and Casino, Sweetgrass Golf Club and the many volunteers and fans who support the Symetra Tour annually here are ecstatic for Dani Holmqvist,” said Tony Mancilla, Island Resort & Casino general manager and event co-chair. “We’ve come to know and appreciate what fine people and golfers these young women are, and we look forward to watching Dani flourish at the next level. We can’t wait for the 2016 Island Resort Championship – our sixth consecutive year hosting the event – to see if our next winner also advances to the LPGA Tour full-time.”

“The Island Resort Championship is one of the most anticipated events on tour each year and once again it was superb," said Symetra Tour Senior Director of Operations Kathy Lawrence. “The players always feel at home here because there is a level of excellence at every turn, whether it’s the quality of the golf course, the food, the resort accommodations or the welcoming service they receive from the staff and volunteers”

Area non-profits that sold tickets to the tournament kept 100 percent of profits. In addition, Eagles for Charity, an extra donation program based on the number of eagles made throughout the tournament, raised $1,400 for the Wounded Warrior Project.

The Island Resort Championship is also part of the Potawatomi Cup, which awards cash bonuses to players finishing in the top six of five Potawatomi Native American Indian-owned casino-resort tournaments.

About the Championship
Welcoming the world’s brightest new talent in women’s professional golf, the Island Resort Championship at Sweetgrass is a Symetra Tour – Road to the LPGA event held at Sweetgrass Golf Club in Michigan’s Upper Peninsula.  The 54-hole stroke-play event was last held June 26-28, 2015. Located in Harris, Michigan, Sweetgrass Golf Club was designed by Michigander Paul Albanese and is situated at the Island Resort and Casino.  Both course and resort are owned/operated by the Hannahville Indian Community of the Potawatomi Nation.

About the Symetra Tour
The Symetra Tour – Road to the LPGA, is the official Qualifying Tour for the LPGA and just completed its 35th competitive season in 2015. With the continued support of its umbrella sponsor, Symetra, the Tour’s mission is to prepare the world’s best young women professional golfers for a successful career on the LPGA Tour. Top-10 money winners receive full, equal status for the following season on the LPGA Tour.

Symetra Tour events have contributed more than $5 million to charitable organizations throughout the nation since 1989.

For more information: www.SymetraTour.com
Posted by Blogger at 9:24 AM