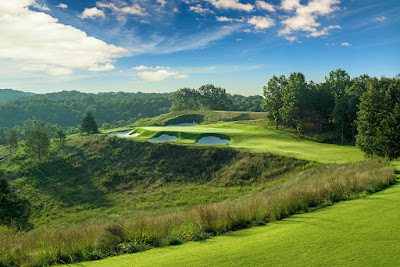 
(BRANSON, MISSOURI) – Branson Golf continues its place at the epicenter of thriving U.S. golf destinations this month, when the PGA TOUR Champions hold two tournaments at Big Cedar Lodge. These marquee events continue Branson’s ascension as one of America’s fastest-growing and most-compelling places to play the grand game.

Ernie Els, Fred Couples, Steve Stricker, John Daly, and Vijay Singh are some of the icons scheduled to compete in the tournaments.

The venues represent two of the five exceptional golf courses at Big Cedar Lodge, which has been “Home of the Legends” after previously hosting the Bass Pro Shops Legends of Golf from 2014 through 2019.

Big Cedar’s five courses join five other Branson courses in comprising a diverse yet complementary collection of courses, all near one another, and all open to the public. Four of the 10 courses – Ozarks National, Buffalo Ridge, Branson Hills and LedgeStone – are rated in Missouri’s Top 10, including capturing the top three places. Further, Ozarks National and Buffalo Ridge were rated among America’s 100 Best Public Courses, a rare distinction considering there are roughly 13,500 public courses.

“We hope everyone watches the PGA TOUR Champions tournaments on Golf Channel, because they’ll see how spectacular the courses are,” said Berry. “They’ll be inspired to come play golf in Branson, and we’re ready to welcome them with several months of great golf weather remaining.”

For more information, visit www.explorebranson.com or www.facebook.com/BransonGolf.
Posted by Blogger at 5:00 AM