(AMHERST, Mass.) — Elizabeth Davis has been promoted to head coach of the Amherst College men’s and women’s golf programs, it was announced today by Director of Athletics Don Faulstick. Jack Arena '83, who had been the Mammoths’ lone head coach of two varsity programs, will stay on as an assistant coach of the men’s golf team in 2020-21 and will continue to serve as head coach of Amherst’s men’s hockey team, where he has led the Mammoths for the past 37 seasons. 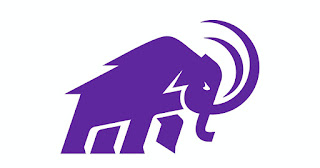 Davis, the head coach of the women’s golf program since the 2016-17 season, becomes the second female head coach of a men's program in Amherst College history. She joins men's and women's cross country head coach Cassie Funke-Harris, who took over the helm of both of those programs in 2018.

“I've been so impressed by Elizabeth’s leadership in her relatively short time at Amherst,” said Faulstick. “She has been a great mentor and teacher since her arrival, and I have no doubt we will continue to have great success in both programs under her guidance. She has all the tools to make this transition an amazing experience for both teams.”

Named the 2016-17 Women's Golf Coaches Association (WGCA) East Region Coach of the Year and the 2017 NESCAC Women’s Golf Coach of the Year, Davis has mentored eight All-NESCAC and three All-Region honorees while leading the women’s golf program to seven first place finishes in her first four seasons. Earning a bid to the NCAA Championships for the first time since 2009, and fourth time overall, Davis’ Mammoths finished ninth at the national competition in 2017 before returning in 2018 and placing 14th overall.

A graduate of University of Mary Hardin-Baylor (UMHB), Davis was a standout member of the 2013 NCAA Division III National Team Champion squad and was named the team’s most valuable player after leading the program to a nNational runner-up finish in 2014.

“I have been very fortunate to work with Jack for the past four years,” said Davis. “He is someone who exemplifies the unwavering qualities it takes to be a successful college head coach, and his leadership and dedication to the Amherst College golf program and our student-athletes is unmatched. He is highly respected among both his peers and the students. I look forward to continuing to work with Jack to enhance Amherst College’s overall golf program, and I want to thank him for trusting me with the leadership of it.”

“I’m excited to have Coach Davis take leadership of both of the Amherst golf programs,” said Arena. “I’ve observed many coaches over the years, but few have impressed me as much as Elizabeth. Her enthusiasm, knowledge of the game, competitive spirit and love for Amherst and Amherst golf make her the perfect choice to direct both teams moving forward.”

Arena led Amherst to the NESCAC title in his inaugural season. The 2010 NESCAC Men’s Golf Coach of the Year, Arena steps down having guided the Mammoths to four NESCAC crowns and two NCAA Division III Championship appearances. He also holds the honor of helping snap Williams College's streak of 14 consecutive Little Three titles after Amherst clinched the Little Three Championship crown in 2011-12.

“I was fortunate to inherit the men’s team from Tracy Mehr and have always felt a responsibility to continue the program in a way that would meet and further his vision,” Arena continued. “I believe this is the right time and Coach Davis is the right person to continue that legacy. A legacy that makes Amherst, Amherst Athletics and everyone who has been associated with Amherst Golf proud to be a part of. I look forward to staying actively involved with the teams and supporting her in every way possible.”

“Jack’s dedication and success in both programs, quite a rarity, has been stellar,” Faulstick continued. “I'm excited that he'll remain as a resource and assistant coach with the program. I certainly thank him for his tremendous contributions to the program and our students as the head coach.”
Posted by Blogger at 12:00 PM