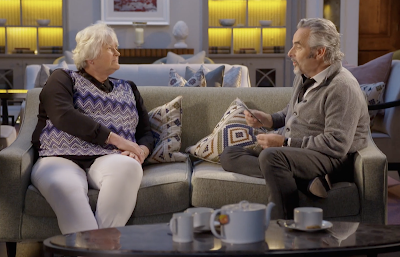 \Monday’s world premiere episode will continue the resumption of the series’ 10th season, as the second of four new episodes airing across consecutive Monday nights on GOLF Channel. Each interview was filmed prior to production for the show being suspended due to COVID-19.

Filmed at historic Wentworth Club in the United Kingdom, the 20-time LPGA Tour and 87-time worldwide winner opens up on a number of subjects with Feherty, including:
- Why she hasn’t pursued the opportunity to captain the European Solheim Cup team
- The misfortune of missing out on her own World Golf Hall of Fame induction ceremony
- Detailing her unorthodox practice strategy, and why she’s never had a swing instructor
- Recounting her experience receiving damehood at Buckingham Palace
- Reflecting on her tremendous playing record at the Solheim Cup
- Reminiscing about being paired with Feherty in a professional mixed team event

Feherty Episodes Available on NBCUniversal’s “Peacock”: Archived episodes of Feherty also are available to watch on Peacock, NBCUniversal’s new streaming service featuring a world-class slate of exclusive originals, on-demand libraries of hit TV shows, plus critically acclaimed films. Currently, 23 episodes of Feherty are available to watch for free on Peacock.
Posted by Blogger at 5:30 AM