Top golfers food and weight loss coach Larry Jacobs offers next tele-seminar in February ... just in time for golf season
(NORTH POTOMAC, Maryland) - Every year in November and December, most golfers pack on the pounds for the holidays. In fact, many Americans gain seven to 10, or even 15 to 20 pounds over the holiday season, and more important they feel really bad about it. 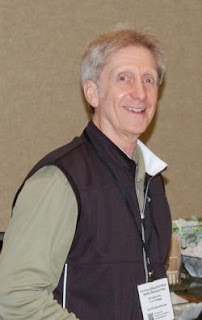 This is a particularly rough time of year for golfers - seven out of 10 are already overweight - and in most parts of the country, the clubs are put away for the winter and activity comes to a halt.

Promising golfers smaller clothing sizes, no hunger, plenty to eat, and the sublime feel of lightly striding up the 18th fairway with legs as fresh as on the first, Jacobs will present his latest Weight Loss for Golfers Tele-Seminar Series Feb. 15 - and with a special half-price offer. Guaranteed to make participants "Thin for Life," the four-part program comes at a time of year when many golfers should be thinking about getting healthy and back in shape for the upcoming golf season.

"Instead of gaining 10 or 20 pounds over the holidays, some of my more famous golf clients actually lost 15 to 30 pounds," says Jacobs. "That's like making a birdie on a hole you expect to double bogey. For those who did put on the pounds over the past couple of months, I can get them on the road to healthy weight loss with just a simple change in eating habits and a new mindset."

Due to his lively "no nonsense" approach in providing commentary on this important topic that plagues people everywhere, Jacobs is a frequent and popular TV and radio talk show guest and he continues to emerge as the food and weight loss expert for national golf and lifestyle media.

In fact, Tour Pro D.J. Trahan's father and swing coach Don Trahan now fits into a suit he hasn't worn in 17 years and credits Jacobs' program with saving his life.

Adds Dottie Pepper, now broadcaster and former LPGA star: "After working with Larry's plan for barely six weeks I'm definitely smaller, up to two sizes in some of my jeans. I have a lot more energy. And I feel like this hasn't been that big of deal, even to maintain on the road."

Jacobs teaches his clients a clean eating regimen that's proven to burn excess fat while leaving them full and satisfied. His promise is compelling, "I can show any golfer how to go from a Fat Storer to a Fat Burner in two weeks or less - without starving or dieting in the traditional sense or counting calories," he explains. What's more, the program doesn't hinge on fasting, pills, banning carbohydrates or the severe caloric restriction common to conventional diets.

"It's almost impossible to restrict calories and eat less forever, which is why diets don't work and people usually regain all or more of what they lost," says Jacobs. "My clients eat as much as they want whenever hungry, and it's real food that you get in grocery stores and restaurants. The key is to learn to eat clean. It's not how much you eat. It's what you eat that matters most."

By combining simple physical activity with Jacobs' method of eating clean, the body's metabolism is trained to burn fat instead of storing it, which can show up in a major way. "I don't want my clients obsessing over a number on a scale, which can be demoralizing," adds Jacobs. "The best way to measure progress isn't weight, but fitting into smaller clothes, feeling more energetic, healthy, and happy about how you look and feel."

The Thin for Life program had its genesis in California during the 1970s, when Jacobs suffered from severe gastrointestinal pain. After several futile treatments, he turned to a physician pioneering nutrition-oriented medicine, who discovered he was allergic to one specific food. Inspired by a dramatic health turn around, Jacobs returned to his native Maryland, studied nutrition, its impact on health and hung up a shingle to coach others on what he'd learned.

"While the original idea was more about wellness than weight," he adds, "I eventually ended up working with more folks with BIG bellies than with bad bellies."

Although a novel practice at the time, the science of nutrition, wellness and physical performance is now mainstream, most famously evident when the world's top tennis player, Novak Djokovic, removed glutens from his diet.

But why the focus on golfers?

"First, it's been proven that most golfers are overweight," says Jacobs. "Second, it's a way to merge my passion for golf with what I'm best at: Helping people burn fat. I'm a Special Olympics golf coach, a four handicap and mad dog golfer myself, and know the lengths players will go to improve their games.

"I make the whole thing like a game of golf," continues Jacobs. "The front nine is from the time you and I wake up until after lunch. The back nine is after lunch until it's time we go to bed. I like to say that unlike golf, this is a game you can win by "shooting par or under" almost every day of your life. Even if on the front nine you had a bogey or two, you've still got the rest of the day and the opportunity to shoot a decent score."

Jacobs says that this instantly resonates with a large group of Baby Boomers and senior golfers heading down "the back nine of life," when excess weight and the poor health that comes with it detracts from play and makes the game less fun.

"They immediately know I'm one of them," says Jacobs. "While golfers have been encouraged to try stretching and get stronger, food and nutrition has been largely overlooked. Most important, all of us need the right information, the right mindset and the right blueprint. Most golfers have none of these three pieces, so it's no wonder they constantly struggle in this arena."

Structured to run over four sessions, it consists of written materials and four separate call-in or listen on the web sessions, each of which lasts from 60 to 90 minutes. During the call-in sessions - which are recorded and kept on a password-protected system - Jacobs verbally goes through the steps of the program and answers questions by email and phone.

"We break things into two week chunks," says Jacobs, "and the first piece is about temporarily eliminating certain foods that aren't good for you." Some things, like potato chips and processed meats are obvious. But Jacobs also has a "dirty dozen" list of foods to avoid and a list of 50 or 60 foods to enjoy any time you're hungry in that first two-week period.

The second session involves systematically re-introducing some of the foods and gauging the body's reaction, while the next sessions are devoted to creating an individualized long-term plan to build healthy eating into a lifestyle. Jacobs isn't a fan of weigh-ins; he's more interested in pant size. "I don't really believe in eating smaller portions," he says. "No one can eat less forever. You have to start learning how to eat clean. Food is the foundation. I also insist on some form of daily physical activity. When you know how to merge eating clean and exercise, you get a multiplier effect. It's like adding 1 + 1 = 4."

For more information on Larry Jacobs and to register for his Weight Loss for Golfers Tele-Seminar program, go to www.ThinGolfer.com.