(Franklin, TN) - In first 3 full field events on the PGA Tour, players using SeeMore have come out on a roll, with top 10 finishes at the Sony, at the Humana, and at the Farmers. This to go along with a top 12 finish at the season opening Hyundai Tournament of Champions ... or in other words - $626,862.50 in prize money. 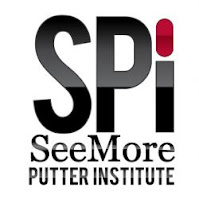 "Whether the PGA Tour, or professional and amateurs playing at all levels of the game, players that have made a commitment to use a SeeMore putter in practice and in play are finding great success, said Ted Gallina, PGA Tour Instructor. "These players believe that by implementing the SeeMore system, that is "Hiding the Red Dot" of SeeMore's patented RifleScope Technology, the simple fundamentals of a putting stroke grooved by the SeeMore putting system will give them their best chance to compete and win. And the results prove that," added Gallina.

SeeMore Putter Institute
SeeMore in 2012 is introducing the same Tour level putting instruction that has been developed on the PGA tour, to a team of SeeMore certified golf instructors. The program, called SPi (SeeMore Putter Institute), is where golfers and instructors will be able to come together in person and online to share these fundamental ideas about how to improve putting performance, including the new discussion about belly putters.

"SeeMore has been working on the roll out of the SPi idea for several years now, and in fact had a soft launch of the program during 2011 with a global team of instructors, where we really ironed this out to be a program that first and foremost worked for the needs of the hundreds of teaching instructors who told us they had a real void when it came to putting instruction," stated Jim Grundberg, SeeMore's CEO. "It is based on the teachings of our key global teaching and tour instructors, and the input of many of the tour players they work with, who have used SeeMore putters and the SeeMore system for years to improve putting performance in practice and in play on all tours."

Becoming SPi Certified will help golf teachers formulate a complete teaching plan to help their existing students and recruit new students to become great putters using the SeeMore system that has won 2 Major Championships and set numerous putting records on the PGA Tour. It is a complete game plan, which will give any golf instructor a new level of confidence in the proper teaching and fitting involved in putting instruction. Becoming certified to teach the system initially consists of online training and personal coaching. For more interest, contact Ted@SeeMore.com.