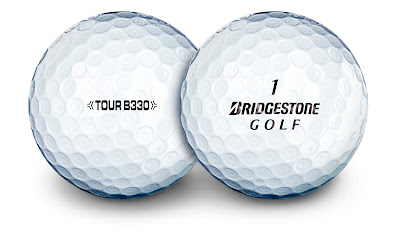 (Covington, Ga.) — This week, Fred Couples kicks off his 2012 PGA TOUR schedule at the Northern Trust Open at famed Riviera Country Club, outside of Los Angeles.  Having amassed 14 top 10 finishes, including three runner-ups and two titles, few golfers can claim more success at Riviera Country Club than Fred Couples.  Looking to add to that résumé, Couples will make his PGA TOUR debut using the new Bridgestone TOUR B330 golf ball.

“This is my favorite tournament on TOUR, and besides the Masters, there is no event I’d rather win,” said Fred Couples.   “I decided to put the new B330 in play this week because having a ball like this, that cuts through the wind so well, can be a major advantage at Riviera.”

Bridgestone’s new TOUR B330 ball features the company’s proprietary Dual Dimple Technology cover for optimized aerodynamic performance. The cover’s smaller inner dimples increase thrust power at launch for greater distance while the larger outer dimples promote a shallow angle of descent for increased roll out on landing. The result of the improved performance at both takeoff and landing is greater overall distance performance and a more consistent wind-cheating ball flight.

The new B330 balls feature a street price of $44.99 per dozen (MSRP $58.00 per dozen) and are available now at select golf courses and golf specialty and sporting goods retailers nationwide.