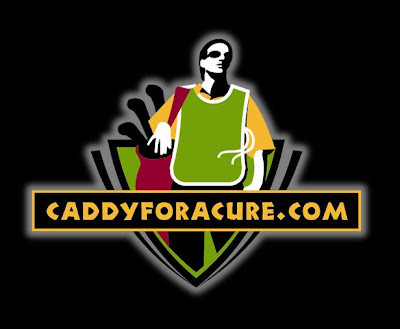 Charitable program expands with new tour opportunities
(Coral Springs, FL) - Caddy For A Cure, Inc., the professional golf opportunity to go inside the ropes and caddy for a day with the world's best players, announced the expansion of its program to the Champions Tour. The unique charitable fundraising program will be kick-starting its expansion with 2011 Charles Schwab Cup winner, Tom Lehman, at the 2012 U.S. Senior Open Championship.

The 2012 U.S. Senior Open Championship will be played at Indianwood Golf & Country Club in Lake Orion, Michigan outside of Detroit. The tournament dates are July 9th through July 15th and the caddy experience will be Tuesday, July 10th during the official practice round preceding competition.

Following an extremely successful career on the PGA TOUR where he achieved five TOUR wins, including holding the world No. 1 rank and the Open Championship in 1996, Lehman joined the Champions Tour in 2009. Since playing on the Champions Tour Lehman has achieved eight Tour wins and the highest Tour honor of the Charles Schwab Cup title in 2011.

Caddy For A Cure CEO and program founder Russ Holden said "We are extremely honored to be expanding onto the Champions Tour this year, particularly with such an amazing player as Tom Lehman. Lehman has participated with us in the past on the PGA TOUR and we can't think of a better way to announce our new opportunities than with him." Holden continued, "When I approached Tom he was eager to continue his support of our program on the Champions Tour. So much so he suggested the U.S. Senior Open Championship as the venue, knowing this golf major would provide an amazing experience for the winning golf fan and maximize fundraising for our causes. This really speaks volumes about the kind of man Tom Lehman is and his heart for giving back from the game from which he has achieved so much success."

Caddy For A Cure has been offering PGA TOUR caddy experiences for charity since 2003, and LPGA experiences since 2010, with proceeds benefiting multiple causes. Benefitting charities include the PGA TOUR Birdies for the Brave military outreach, the PGA TOUR Professional Caddy Assistance Foundation, the LPGA Foundation USGA-Girls Golf program, the Fanconi Anemia Research Fund and each participating player's and host site's charity. All program caddy experiences may be found from the Caddy For A Cure website at www.caddyforacure.com or you may contact Caddy For A Cure directly for more information.