Esteemed manager to lead “Top 100” golf club in Payson, Arizona
(Payson, Ariz.) – The Rim Golf Club in Payson, Arizona recently appointed Steve Nordstrom as the General Manager. Nordstrom is responsible for all club operations, golf operations, food and beverage, membership marketing and merchandising for this club that was recently ranked #24 in Golfweek’s 2012 Top 100 Ranking Best Residential Courses in the Country. 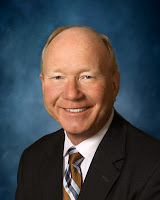 “I am really excited to be here at such a highly regarded club…one that is at the top of the private club lists not only in Arizona but throughout the country,” stated Nordstrom. “I look forward to working with the members and ownership to make The Rim Golf Club experience an even better one for our members and guests.”

Nordstrom brings a wealth of private club experience to The Rim Golf Club. His well-versed skillsets are highlighted with over two decades of club management of experience and additionally, more than 22 years of experience in food and beverage/restaurant management. Prior to joining The Rim Club, Nordstrom recently served as the General Manager and Chief Operating Officer at the Rancho Santa Fe Golf Club, a club consistently rated as one of the top twenty five golf courses in California and regarded as the top course in San Diego County. From 1995 through 2000, Nordstrom served as the General Manager at San Diego Country Club, a member-owned club that has hosted US Women’s Open and is the home course of the legendary champion Billy Casper. Nordstrom is no stranger to the Arizona golf scene, having served as the clubhouse manager at Moon Valley Country Club from 1989 through 1995, where he oversaw the annual LP GA Standard Register/PING tournament with over 160,000 spectators and day to day clubhouse management for this Phoenix club and its 850 members. He also has over two decades of stand alone restaurant management, serving as the General Manager of Karsten Fine Dining in Suquamish, Washington (1988 to 1989) and was the owner/operator of Ferguson’s restaurant in Phoenix, Arizona (1967 to 1988).

“It is fitting that we have a leader of this quality and skillset at a club such as The Rim Golf Club,” stated Doc Belitz, Vice President of Operations for OB Sports (management company at the Rim Golf Club. “Steve not only brings a ton of private club experience from a number of prestigious clubs, but he brings culinary and dining experience that will take our event and food and beverage atmosphere and execution at The Rim, to the next level.”