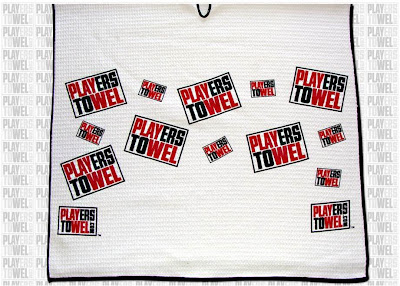 (Phoenix, AZ) – Players Towel, featuring high performance microfiber waffle technology, was the most dominate piece of equipment in professional golf as it recorded victories at the PGA Tour’s AT&T Pebble Beach National Pro-Am, the Allianz Championship on the Champions Tour and the LPGA Tour’s ISPS Handa Women’s Australian Open-all in the same weekend.

“Three dramatic wins on three professional tours is further testament that the Players Towel has established itself as one of the most trusted and valuable pieces of equipment for the world’s best players and their caddies,” said Patrick Le Vine, founder of Players Towel. “We congratulate these winners for their outstanding victories so early in the season.”

Highlights of this historic weekend include:
* AT&T Pebble Beach National Pro-Am: With a sensational come from behind bogey free final round of 64 the winner attained his 40th career PGA Tour victory while moving into 9th place on the all-time career win list.
* ISPS Handa Women’s Australian Open: With a victory in a six-way playoff, this first time winner became the fourth youngest winner of a 72-hole LPGA Tour event and the sixth youngest winner in LPGA Tour history.
* Allianz Championship: With a birdie on the first play-off hole, this winner, former U.S. Open Champion and former Ryder Cup Captain, earned his first Champions Tour victory.

“These three victories, in three different types of weather conditions, shows how important it is to have one’s equipment and hands free of moisture and debris in order to perform at the highest level,” added Le Vine. “With pressure packed golf on Sunday afternoons, the lightweight Players Towel has clearly established itself as the winningest performance towel on every professional tour -whether you are going for your first victory or your 40th.”