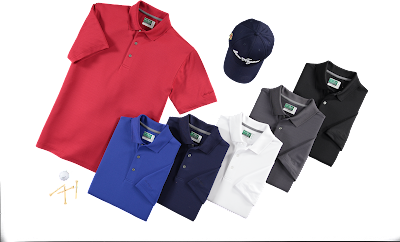 (Miami, FL) — Ben Hogan Apparel would like to congratulate Nelson Ledesma on his maiden Web.com Tour victory at the LECOM Health Challenge.

“We congratulate Nelson Ledesma on his first Web.com Tour victory,” stated Jack Voith, president of the Golf Division at Perry Ellis International. “Nelson is one step closer to earning his first PGA Tour card, having moved into the top 25 on the regular season money list. We are confident that Nelson’s fine play will propel him to future success and we are excited to be his partner on his journey to the PGA Tour.”

“Not only did Nelson look great in his Ben Hogan Apparel, but the enhanced technical features of Ben Hogan Apparel helped him stay cool and calm under the pressure of championship golf,” added Voith. “Ben Hogan Apparel is the perfect blend of style, functionality and performance which enables golfers of all abilities to compete at the highest level.”

“It feels really good,” said Ledesma after his Tour victory. “I’m really happy. I won one tournament last year on the PGA Tour Latinoamerica and now I’m happy to be a winner again. It’s incentive to keep working and stay inside the Top 25 as the Top 25 is very special.”

Additional information on the Company is available at www.pery.com.
Posted by Blogger at 1:06 PM