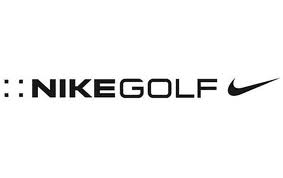 “I am thrilled to begin my professional career and sport the Nike Swoosh from head-to-toe” said Reed.  “I have had a lot of success with Nike during my junior and college careers and am looking forward to continued success with them as a professional.”

Reed made his professional debut in June 2011 at the PGA Tour’s FedEx St. Jude Championship and is competing this week at the PGA European Tour’s Alfred Dunhill Links Championship in Scotland.

Reed has been playing Nike Golf clubs and golf balls almost exclusively since he was 15-years old.  He was one of the original juniors to participate in the Nike Elite Junior Golf Program.

A 21-year old born in San Antonio, Texas, Reed began his college career at the University of Georgia before transferring to Augusta State University for the 2010 season.  In his first year with the Jaguars, Reed led the team to their first Division I NCAA team national title.  In 2011 Reed helped the Jaguars win their second-consecutive NCAA team national championship closing out the final match-play round against the Georgia Bulldogs on the 17th hole to secure the win for his team.  Reed went undefeated in the match play portion of the NCAA Championships, going 6-0 to help Augusta State win two NCAA titles.  Reed was also named a NCAA Division I first team All-American in 2011 and finished his final season at Augusta State with a stroke average of 71.45.

Reed is utilizing all of his options to try to get his card for 2012.  A former British Junior Open Champion, he teed it up in the first stage of the European Tour qualifying school last week in England and has advanced to the second stage.  Reed will also participate in the PGA Tour Qualifying School later this year.

“Patrick is an extremely talented and aggressive player and we are excited to welcome him to the Nike Golf family,” said Mark Thaxton, Director of Sports Marketing for Nike Golf.