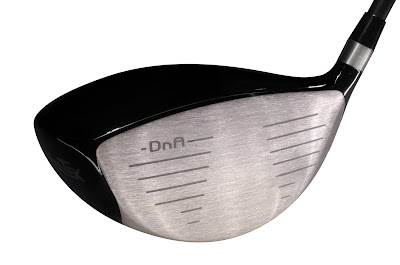 (TEMPE, Ariz.) - DnA Golf, manufacturer of the world's only private label, high performance golf driver, announced today that its new welded face driver has been ruled to be conforming to the Rules of Golf by the USGA, the governing body of golf for the United States and Mexico.

The welded face driver is the second of two drivers manufactured by DnA Golf that has been ruled to be conforming by the USGA. The first was the Alpha 610 that received the same ruling in the summer of 2010.

"We are thrilled that the USGA ruled that we are in conformance with the Rules of Golf," said Howard Lindsay, CEO of DnA Golf. "Our goal is to create a more diverse product line, and this ruling by the USGA gives us added confidence that we are going in the right direction with the expansion of our product line."

The welded face driver shares some heritage with the Alpha 610, but features a traditional welded face as opposed to the detachable face that is featured on the Alpha 610. It first launched in January of 2011, and like the Alpha 610, permits custom logos to be tastefully integrated into the crown of each club. The "branded" driver provides businesses a chance to increase brand awareness through brand loyalty programs, customer and employee rewards, promotional gifts and dealer incentives.

"Golf is a great venue to help build brand loyalty and awareness, which is what prompted DnA Golf to create a driver that focuses on this branding element," Lindsay said. "Our welded face driver captures that element and is aimed specifically at those interested in building their brand, but at a lower price point than the Alpha 610."

DnA Golf is already an official licensee of the University of Oregon and the NBA, and has a number of other licensing agreements pending. Additional examples of logo categories that can be branded on the driver include corporate logos, product logos, charities, other NCAA colleges and universities, the main branches of the military and green-grass golf courses. Each custom logo also can be added to the shaft, grip and headcover for an additional charge.

To learn more about the technology behind DnA Golf or to purchase a DnA Golf driver, go to www.dnagolf.com or call 480.240.6004.