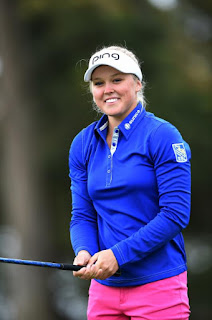 With the win Henderson became the third player in LPGA history to win before her 18th birthday.  She finished the tournament with a 72-hole score of 267, 21 strokes under par.  Henderson also qualified for the Evian Championship with the win.

"We are extremely proud to have Brooke Henderson wearing Sunice apparel," said Conrad Tappert, President of Sunice.  "She played sensational golf in Portland and has a very bright future ahead of her.  Brooke has a tremendous amount of poise for her age and that was reflected in her first LPGA victory."
Posted by Blogger at 8:57 AM