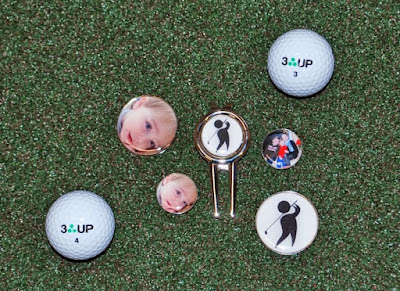 In another unscientific poll, I asked people in the Google+ Golf community how they mark their ball when on the green. The five options were: Coin, plastic marker, magnetic marker (like ones affixed to caps or divot repair tools), poker chip and other. As has been the norm, I was a little surprised by the outcome.

Because of the ease and availability, I expected coin to be the runaway “winner,” but it came in second with 32 percent of the vote. Topping the poll was magnetic marker with 42 percent.

Personally, magnetic ball markers are my preference. I stumbled upon Photo Ball Markers last year and love the company and concept. Upload an image on their site and they’ll turn it into a marker. I’ve got one with the American Golfer logo and a couple with my kids and chose the divot repair tool. Read my review of the product HERE. They also make larger markers for those who like marking their balls with poker chips.

Speaking of poker chips ... That option came in last with 6 percent. Another minor surprise, as I’ve played with quite a few people who use them and see them for sale in many golf shops with the course logo. Maybe more people collect them than use them?

Sharing third place - plastic ball markers and other with 10 percent each. I assume many of the people who chose other use the little marker that snaps on most golf gloves.