(DENVER, CO) - Sport Haley/Bette & Court -- a wholly owned subsidiary of publicly traded company Sport-Haley Holdings, has presented its awards at its national sales meeting that was held recently in Denver. 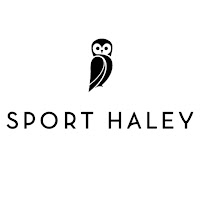 "It was a productive, informative meeting with a lot of fun worked in," said Cathy Blair, President and Creative Director. "The 'evolve' theme we used alluded to how the company continues to change itself, reinvent what it's done for so long, and to put a fresh face on it. We had a tremendous response afterwards. It was definitely a motivating, energetic meeting in which we handed out several awards among our 26 reps."

For more information about Sport Haley and Bette & Court, visit SportHaley.com and bette-court.com.
Posted by Blogger at 8:32 AM