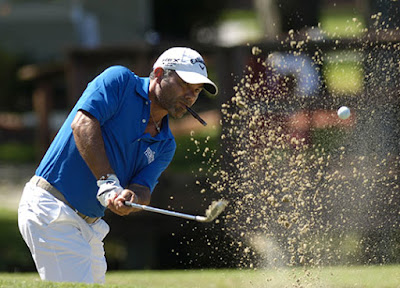 (Myrtle Beach, S.C.) - Nearly 3,400 golfers from 48 states and 28 countries are preparing to descend on the Grand Strand for the 32nd annual Myrtle Beach World Amateur Handicap Championship, golf’s largest and most inclusive event.

A 72-hole, net stroke play tournament, the World Am will be played August 31-September 4 on 57 Myrtle Beach golf courses. Players will be separated into six divisions and 72 flights based on age, gender and handicap. After four rounds of competition, all flight winners and ties advance to the World Championship Playoff at Barefoot Resort’s Dye Club.

At the heart of the World Am’s competitive success is the game’s best and most aggressively enforced handicap monitoring system, which levels the playing field for all participants.

Myrtle Beach, the game’s most popular destination, is the only place capable of hosting a tournament as large as the World Am, and the depth and quality of the area’s courses, are a primary attraction. Of the 57 courses hosting the event, 11 have been ranked among the nation’s top 100 public courses in recent years.

As important as the golf is, it’s only half the fun at the World Am. Each night players gather at the Myrtle Beach Convention Center to enjoy the “World’s Largest 19th Hole,” a 120,000-square-foot golf extravaganza. Players receive free food and drinks, live entertainment, including former American Idol winner Taylor Hicks this year, a golf expo and celebrity guests, among many other activities.

The World Am is a one-of-a-kind event, bringing golfers from different cultures, ability levels and backgrounds together to celebrate the game.

Here are some numbers to digest as the 2015 Myrtle Beach World Amateur Handicap Championship approaches:
• 6: Number of competitive divisions, ranging from men 49 and under to the super seniors (70+), a women's division and the recently created gross division
• 36: Courses used daily
• 57: Courses utilized for the entire week
• 72: Total number of flights
• 92: Approximate number of players at each course daily
• 5,000: Estimated participants and guests visiting the World’s Largest 19th Hole nightly at the Sheraton Hotel and Convention Center
• 102: Estimated kegs of beer consumed for the week at the 19th Hole
• +3-40.4: Range of handicaps in the competition
• 16,579 kilometers: The approximate distance from Adelaide, Australia – Christopher Kay’s home – to Myrtle Beach, the farthest commute of any 2015 competitor.
Posted by Blogger at 1:19 PM