(RELEASE) — Golf BPM Swing Tempo Music App has added Putting, Chipping and Short Game music. The App release marks a major milestone and musical addition. The music is at 131 beats per minute and has musical prompts and beats to help golfers create consistent tempo at a perfect 2:1 swing ratio. 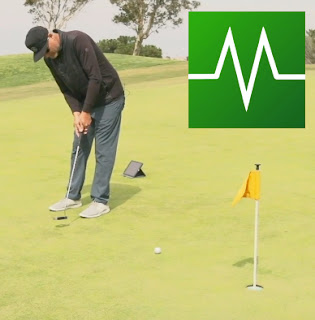 “It doesn’t matter if you have a 2-foot putt, 40-foot putt or 30-yard chip… When it comes to chipping and putting the best players in the world all have a consistent 2:1 ratio on these shots.” Says Golf BPM founder and PGA member Doug Timmons. “I was able to figure out the exact sequencing, and then created music that meets that timing.”

Golfers can now develop smooth putting and chipping strokes that rival PGA players by timing their movements to the musical and voice prompts.

“This is the most significant App release we will do this year” says CTO Jeremy Callahan. “App users can now fire up the putting music as soon as they install the App and try it at home. Before, App users had to wait until they got to the driving range to try our music. Now they can use it immediately in the most critical area of the game.”

The release also includes an exclusive Lifetime Membership offer for $49.99. There are only 500 of these memberships available.