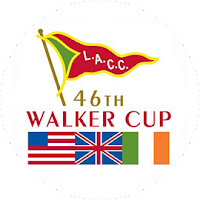 “George Herbert Walker’s vision was for leading amateur golfers to come together for a friendly competition to promote interest in the game on both sides of the Atlantic Ocean,” said Diana M. Murphy, the USGA president. “The United States Team is a talented group of players who will work together to be competitive against Great Britain and Ireland, but at the same time uphold the ideals of friendship and understanding that were foreseen nearly a century ago.”

The Walker Cup Match is a biennial amateur team competition between the USA and a team composed of players from Great Britain and Ireland, selected by The R&A. The Match is played over two days with 18 singles matches and eight foursomes (alternate-shot) matches. The USA leads the overall series, 35-9-1, but the teams have split the last 14 meetings since 1989.

The first USA Walker Cup Team, which posted an 8-4 victory in 1922 at the National Golf Links of America, in Southampton, N.Y., is considered among the best teams ever assembled and included Francis Ouimet, Bob Jones, Charles “Chick” Evans and Jess Sweetser. Many of the game’s greatest players have competed in the Walker Cup, including U.S. Open champions Jack Nicklaus, Tiger Woods, Jordan Spieth and Dustin Johnson for the USA and Graeme McDowell, Rory McIlroy and Justin Rose for Great Britain and Ireland.

“It is a great honor to serve as the USA captain and to work with a group of young men who represent the best of amateur golf in this country,” said USA captain John “Spider” Miller, who played on the 1999 USA Walker Cup Team, won two U.S. Mid-Amateur Championships and also captained the 2015 USA Team, which lost, 16½ -9½. “The squad members have a long list of individual and team accomplishments but they are now committed both to representing the United States and to the spirit and tradition of the Walker Cup Match.”

The Walker Cup Match will be conducted for the third time on the West Coast and was previously hosted by Seattle (Wash.) Golf Club in 1961 and Cypress Point Club, in Pebble Beach, Calif., in 1981. This year’s match will be played on The Los Angeles County Club’s North Course, which was designed by George C. Thomas Jr. and restored by Gil Hanse. The course will be set up at 7,425 yards and play to a par of 35-36-71.

“Amateur golf is central to the USGA’s mission and we are meticulous in our selection of the USA Walker Team,” said Stuart Francis, USGA Championship Committee chairman. “The Los Angeles Country Club, which hosted USGA championships in 1930 and 1954, has the same dedication and will be a tremendous venue for this international competition.”

USA WALKER CUP PROFILES:
Cameron Champ, 22, of Sacramento, Calif. (born 6-15-95): He was one of two amateurs to make the 36-hole cut in the 2017 U.S. Open, tying for 32nd. Champ won this year’s Trans-Mississippi Amateur by four strokes and was runner-up in the Pacific Coast Amateur. Champ, who was the medalist in the North & South Amateur in June and a semifinalist in the Western Amateur in August, was chosen third-team All-American and first-team All-Southeastern Conference. He helped Texas A&M University finish second in the 2017 SEC Championship. Champ, a product of The First Tee program, tied for fifth individually at SECs. His father, Jeff, was selected in the 1988 Major League Baseball Draft as a catcher by the Baltimore Orioles.

Doug Ghim, 21, of Arlington Heights, Ill. (born 4-16-96): He advanced to the 36-hole championship match of the 2017 U.S. Amateur, where he was defeated by Doc Redman in 37 holes. Ghim was chosen first-team All-American and Big 12 Conference Player of the Year as a junior at the University of Texas. He helped the Longhorns win the Big 12 Championship and tied for second individually. Ghim was also the runner-up in the NCAA Austin Regional. In 2017, he won the Pacific Coast Amateur by one stroke at Chambers Bay with a 72-hole score of 9-under 275 and was fourth in the Northeast Amateur. Ghim was the 2014 U.S. Amateur Public Links runner-up to Byron Meth and a semifinalist in the 2013 U.S. Junior Amateur. He has played in seven USGA championships, including four U.S. Amateurs.

Stewart Hagestad, 26, of Newport Beach, Calif. (born 4-10-91): He won the 2016 U.S. Mid-Amateur Championship by defeating Scott Harvey in 37 holes. Hagestad, who became the second-youngest champion, produced the largest comeback victory (4 down with 5 holes to play) since a 36-hole Mid-Amateur final was introduced in 2001. He was the low amateur in the 2017 Masters Tournament, tying for 36th, and competed in this year’s U.S. Open. Hagestad was a member of the University of Southern California (USC) golf team and graduated in 2013. Hagestad, who was chosen 2016 Metropolitan Golf Association Player of the Year, won last year’s Met Amateur, edging Ethan Ng in 38 holes. He has played in 12 USGA championships, including eight U.S. Amateurs.

Maverick McNealy, 21, of Portola Valley, Calif. (born 11-7-95): He earned the Mark H. McCormack Medal as the world’s top-ranked amateur in 2016. McNealy was a member of the 2015 USA Walker Cup Team and halved his Sunday singles match with Paul Dunne. He was a first-team All-American and first-team All-Pac-12 Conference selection for the third consecutive season as a senior at Stanford University. McNealy was the recipient of the Ben Hogan Award as the nation’s top collegiate player, and received the Byron Nelson Award and Pac-12 Scholar-Athlete of the Year. He competed in this year’s U.S. Open at Erin Hills and The Open Championship at Royal Birkdale. McNealy tied for 44th in the PGA Tour’s John Deere Classic. He has competed in his nine USGA championships and four U.S. Amateurs. McNealy, who advanced to this year’s U.S. Amateur match-play bracket, was a member of the USA team that tied for sixth in the 2016 World Amateur Team Championship.

Collin Morikawa, 20, of La Cañada Flintridge, Calif. (born 2-6-97): He advanced to the Round of 16 for the second consecutive year in the U.S. Amateur Championship. Morikawa defeated a pair of Australians in the first two rounds of match play. He earned first-team All-American and first-team Pac-12 Conference honors as a sophomore at the University of California. He was chosen 2016 Pac-12 Conference Freshman of the Year. Morikawa, who competed in his first USGA championship at the 2015 U.S. Amateur, won the 2017 Northeast Amateur by two strokes with a 72-hole score of 11-under 265. He was the Sunnehanna Amateur runner-up, losing to Braden Thornberry in a three-hole playoff, and tied for second in the Trans-Mississippi Amateur.

Doc Redman, 19, of Raleigh, N.C. (born 12-27-97): He is the 2017 U.S. Amateur champion, edging Doug Ghim in 37 holes in the championship match. The runner-up in the 2017 Western Amateur, he advanced to the championship match of the U.S. Amateur after making the match-play field through the playoff with a par on the par-4 10th hole at The Riviera C.C. At No. 62, he is the second-lowest seed to make the final match (Steve Fox was No. 63 when he won in 2012). He was a first-team Freshman All-American and the 2016-17 ACC Freshman of the Year at Clemson University, where he will begin his sophomore year. He also finished sixth in the Northeast Amateur in 2017. Redman, who caddies at home during his free time in the summer, reached match play in the 2016 U.S. Amateur. He also earned All-Atlantic Coast Conference honors as well as Academic All-ACC honors in his freshman year, when he led Clemson in stroke average. He was a Rolex honorable mention All-American in high school, when he won the 2016 North Carolina 4A Championship.

Braden Thornberry, 20, of Olive Branch, Miss. (born 4-11-97): He won the 2017 NCAA Division I individual title by four strokes with a 72-hole score of 11-under 277. Thornberry earned the Fred Haskins Award as the top collegiate golfer. He earned first-team All-America and first-team All-Southeastern Conference recognition as a sophomore at the University of Mississippi. He tied for third in the SEC Championship and finished fourth at the NCAA Austin Regional. In 2017, Thornberry won the Sunnehanna Amateur in a three-hole playoff with Collin Morikawa and tied for fourth in the PGA Tour’s FedEx St. Jude Classic, the best finish by an amateur in the tournament since 1965. He has played in four USGA championships, including three U.S. Amateurs. He reached the Round of 32 this year and defeated Joaquin Niemann, the world’s top-ranked amateur, in the first round.

Norman Xiong, 18, of Canyon Lake, Calif. (born 11-9-98): He earned the 2017 Phil Mickelson Award as Division I’s top freshman while playing at the University of Oregon. The Ducks won the Pac-12 Conference Championship, finish third at the NCAA Baton Rouge Regional and reached the NCAA match-play final against Oklahoma. Xiong was the Pac-12 Freshman of the Year and a first-team all-conference selection. He shot rounds of 64 and 70 in stroke play to earn the No. 2 seed in the 2017 U.S. Amateur match-play bracket. Xiong defeated Doc Redman in 22 holes to win the 2017 Western Amateur and was the championship’s stroke-play medalist by one stroke over Brad Dalke. Xiong won the 2015 CIF/SCGA Regional as a sophomore at Temescal Canyon High School.

Will Zalatoris, 21, of Plano, Texas (born 8-16-96): He reached the Round of 16 in the U.S. Amateur for the second time in his career. Zalatoris, who won the 2014 U.S. Junior Amateur, defeated the 2015 Junior Amateur champion Philip Barbaree, 1 up, in the first round. Zalatoris earned first-team All-America honors and was the Atlantic Coast Conference Player of the Year as a junior at Wake Forest University. He posted a pair of top-5 finishes in the ACC and NCAA Austin Regional tournaments. Zalatoris, who has played in 10 USGA championships, has competed in five consecutive U.S. Amateurs, including four straight in which he has advanced to match play. He finished third in this year’s Pacific Coast Amateur and tied for 10th in the Trans-Mississippi Amateur. In 2016, he won the Trans-Mississippi Amateur and Pacific Coast Amateur titles.

Tickets for the 46th Walker Cup Match are available at walkercup.org. Grounds tickets for competition days are $75. Youths (ages 16 and younger and accompanied by a ticketed adult) and active military are admitted free.

To learn more, visit usga.org.
Posted by Blogger at 11:24 AM