Senior LPGA and Symetra Tour Return to French Lick in 2018 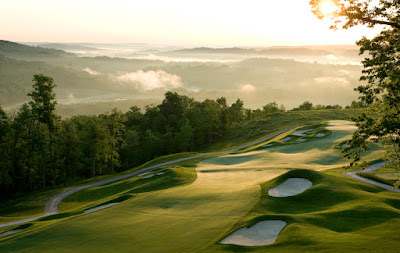 Hall-of-Famers, major champions, and future stars will compete on both the Pete Dye and Donald Ross courses

(FRENCH LICK, IN) – The legacy of women’s golf at French Lick Resort was on full display this summer with the Senior LPGA Championship presented by Old National Bank, the first ever senior women’s major championship, and the Symetra Tour’s Donald Ross Classic at French Lick.

The week-long celebration of women’s golf was such a success for both women’s golf and the primary charity, the Riley Children’s Foundation, that French Lick Resort moved quickly to set the dates for 2018.

The Senior LPGA Championship, won this year by Trish Johnson, will be contested next year October 15-17, 2018 while the Symetra Tour’s Donald Ross Classic at French Lick will be played July 12-14, 2018.

The Senior LPGA Championship is part of a five-year commitment with the LPGA Tour and televised on Golf Channel.

A field of 81 players, featuring a collection of past greats in the women’s game including LPGA Hall-of-Famers, current LPGA members and major champions over the age of 45, will compete on the spectacular Pete Dye Course. The 54-hole event offers a total purse of $600,000. The Symetra Tour’s 54-hole tournament played on the Donald Ross Course will have a purse of $200,000.

The history of women’s golf at French Lick dates back to 1957 where Louise Suggs captured the French Lick Women’s Open on the historic Donald Ross course. A few years later the LPGA Championship was brought to the historic site. In 1959 Betsy Rawls won the LPGA major followed by the legendary Mickey Wright winning the title in 1960. In 2013, the resort hosted The Legends Championship on the Pete Dye course and opened up the LPGA Legends Hall of Fame.

In 2018, the resort will add yet another chapter to women’s golf with these elite and historic players returning.