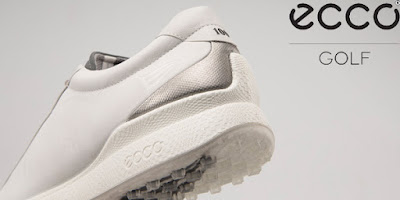 Showcasing colors chosen by The Big Easy, each shoe will be numbered from one to 100 on the heel and feature Els’ logo on the upper, sole and tongue. The limited-edition model will be available early fall at www.eccousa.com and www.tgw.com.

“I’m delighted to join what is an extremely exclusive ‘100 Club,’ and to be able to partner with ECCO and produce these limited shoes to benefit my charity is a fitting way to celebrate the achievement,” said Els. “It says a lot about the company that they thought to come to me with this idea. It’s been fun to be involved in the design process and now seeing the final product.”

“To have played in 100 major championships is a remarkable achievement,” said Jesper Thuen, Head of Asia-Pacific and sponsorship at ECCO Golf. “The level of consistency that Ernie has been able to sustain throughout his career pays testament to both his natural talent and his work ethic. We’re thrilled to be able to honor this achievement with these special designs.”