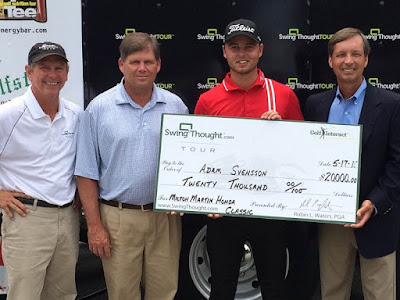 (Myrtle Beach, SC) – One hundred fifty two players recently competed in the grueling final stage of the Web.com Tour Q School, hosted in Palm Beach Gardens, Florida, with the Top 45 and ties earning full exempt status on the 2016 Web.com Tour. Eighty Seven (87) current or past players of the Swing Thought Tour Series system (former NGA/Hooters and eGolf Tours) earned varying levels of status on the Web.com Tour through the Q School process.  After the multi course competition, 32 Swing Thought Tour current or past players and champions were among those tied for 45th and lower earning full exempt status onto the Web.com Tour for the beginning of the 2016 season.