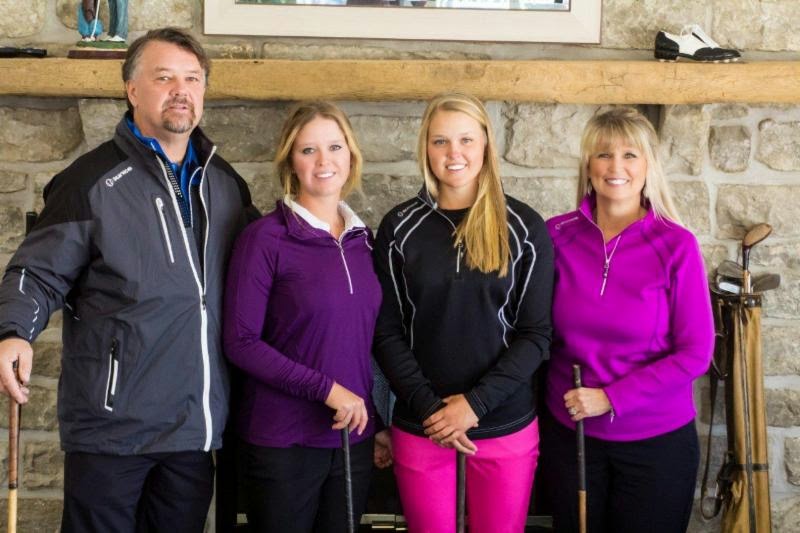 (Montreal, Canada) - Conrad Tappert, President of Sunice was bursting with pride when he announced that Canadian golf phenomenon Brooke Henderson had signed a multi-year agreement to wear Sunice golf gear.

"Not only is Brooke an awesome golfer: 14-victories worldwide including the individual title at the 2014 Women's World Team Championship, runner-up at the 2014 U.S. Women's Amateur and a top ten finish at last year's U.S. Women's Open; she is a really charming person with a close-knit family," said Tappert.

"When we met Brooke for the first time, she was with her dad and her sister Brittany, who is also an incredible golfer.  We quickly realized that the whole family was really like a golf team so we decided to outfit all of them," added Tappert.

"When it comes to golf, I guess I am not your typical 17-year old but when it comes to my family, I most certainly am. I am so happy and grateful to have their support each and every day.  Now, thanks to Sunice, we all look really good too," said Henderson with a chuckle.

Since turning pro in December, Henderson has been playing almost non-stop and this will continue throughout 2015 as she participates in a wide variety of events that include a mix of LPGA, Symetra and mini-tour events.
Posted by Blogger at 2:18 PM