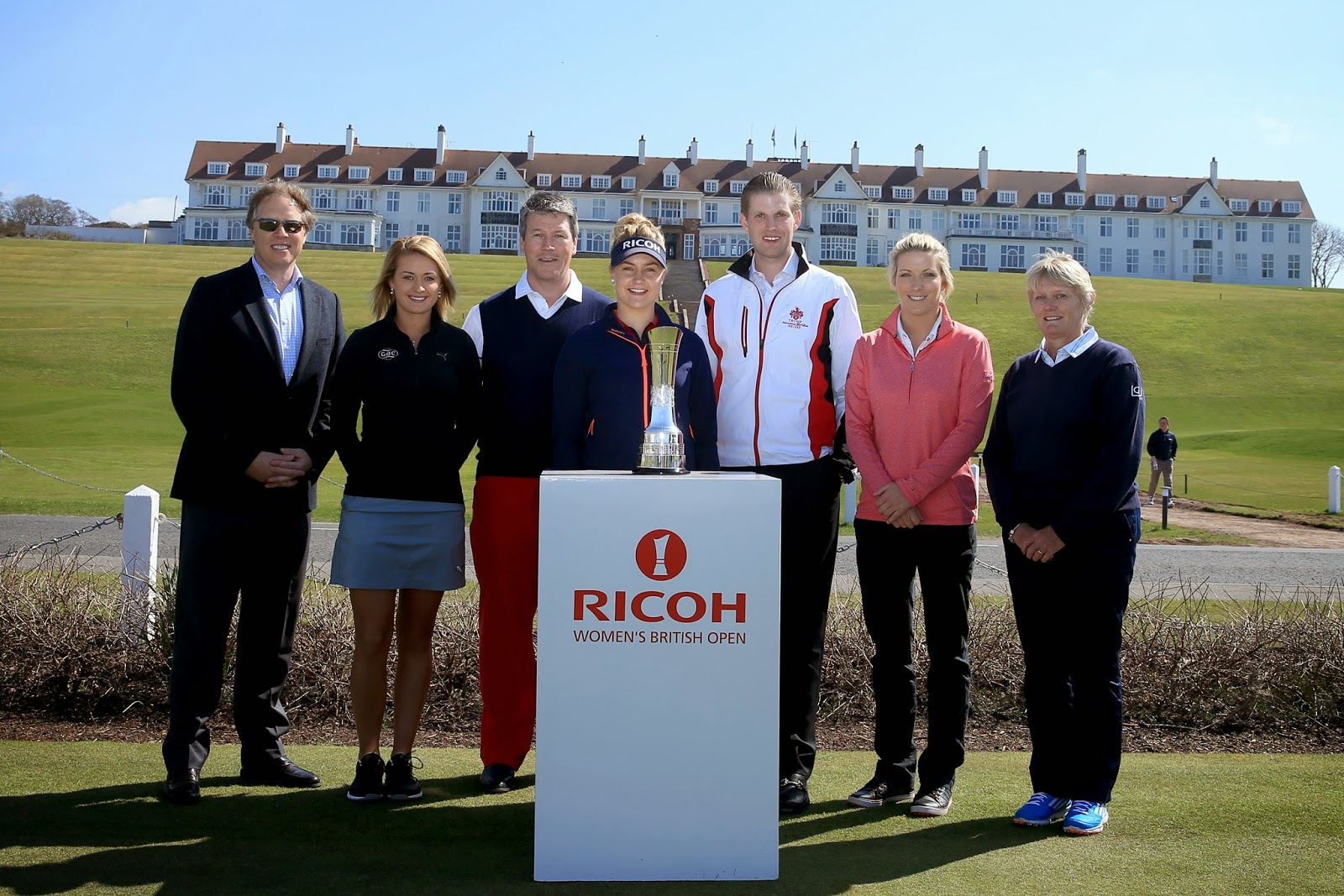 (Trump Turnberry, Scotland) - English stars, Charley Hull and Melissa Reid along with Wales’ Amy Boulden, the 2014 LET Rookie of the year, were at Trump Turnberry Resort Tuesday for the launch of the 2015 Ricoh Women’s British Open.

Defending Champion Mo Martin is back to full fitness after injuring her thumb the week following her stunning victory last year and is looking forward to her title defense – click here  to watch a Championship interview with Mo.

Nineteen year old, Charley Hull, winner of the 2014 LET Order of Merit and fresh from a T26th place at the first Major of the year, the ANA Inspiration, said, “The last time I played at Turnberry I was only nine so it’s probably a good thing I am getting another look at the course! It’s hard to believe this is already my fourth time playing in the Ricoh Women’s British Open and it is the tournament I am looking forward to most this year. I finished 12th at Birkdale last year mainly thanks to my third round 66 so I am definitely hoping to improve on that performance this year.”

For further information, visit www.ricohwomensbritishopen.com.
Posted by Blogger at 8:04 AM