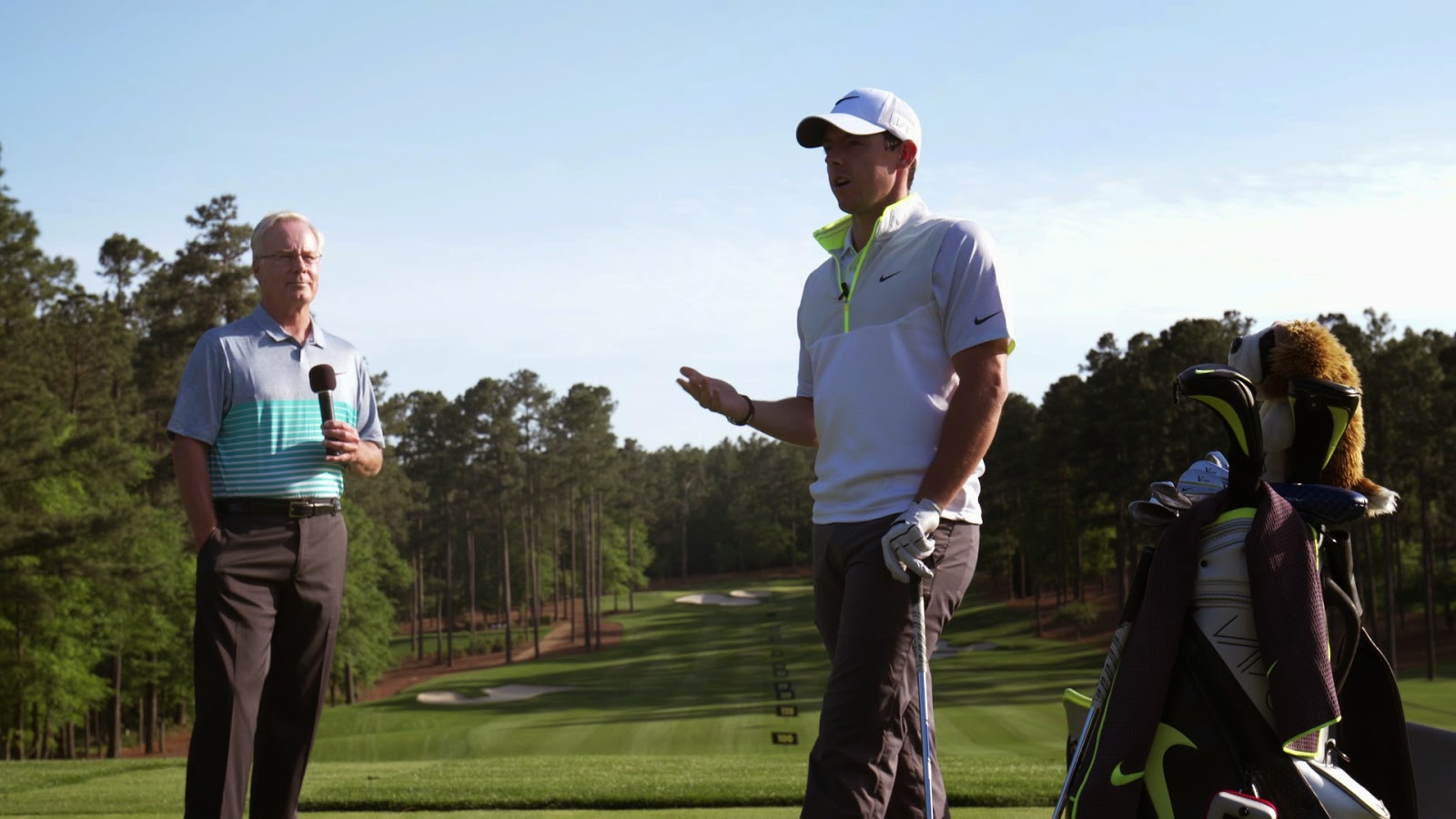 (BEAVERTON, Ore.) – While Tiger Woods was spending time with young athletes in Asia, Rory McIlroy was at one of the top junior golf tournaments in the world, the Junior Invitational at Sage Valley. The top 54 juniors from around the world competed in a three-round tournament with Nike’s PGA Tour Van on site to fit the juniors into clubs or adjust their clubs based on course conditions.

On Friday, McIlroy made a surprise visit to Sage Valley, located in Graniteville, South Carolina, to put on a clinic for the young athletes. He talked through the ages that were portrayed in the Nike film "Ripple" and described what aspects of his game he worked on during those various stages throughout his life. Rotating through several clubs in his bag, the juniors asked McIlroy to hit specific golf shots such as a draw and a fade with his driver, a stinger 3-iron and other shots in his arsenal.

Later in the evening there was an intimate sit down discussion where McIlroy talked about his junior career, the importance of setting goals and having role models who inspire, much as Woods did for McIlroy in his youth.

"It wasn't that long ago that I was able to meet some of my idols and the athletes I looked up to during my junior years,” McIlroy said. “I remember how special that was for me. To have that opportunity now with some of the juniors here is incredible. There is some responsibility that comes with being a role model and you have to accept that, embrace it and be the best you can be."

The juniors finished the evening with McIlroy gathered around a couch watching him play his soon-to-be released EA Sports video game. After signing cell phones, t-shirts and shoes, McIlroy headed out to prepare for this week’s tournament, while the juniors returned to their cottages to rest before their final round.

As McIlroy was making his surprise visit at Sage Valley, Woods was in Asia inspiring young athletes in China on Friday and in Japan on Sunday. During his visit, Woods conducted golf clinics and interacted with young athletes, while sharing his knowledge and love of the game with golf fans, athletes and members of the media.

Just as McIlroy looked up to Woods as a junior golfer, the ripple effect continued this past weekend with Woods and McIlroy inspiring the next generation of golf athletes around the globe.