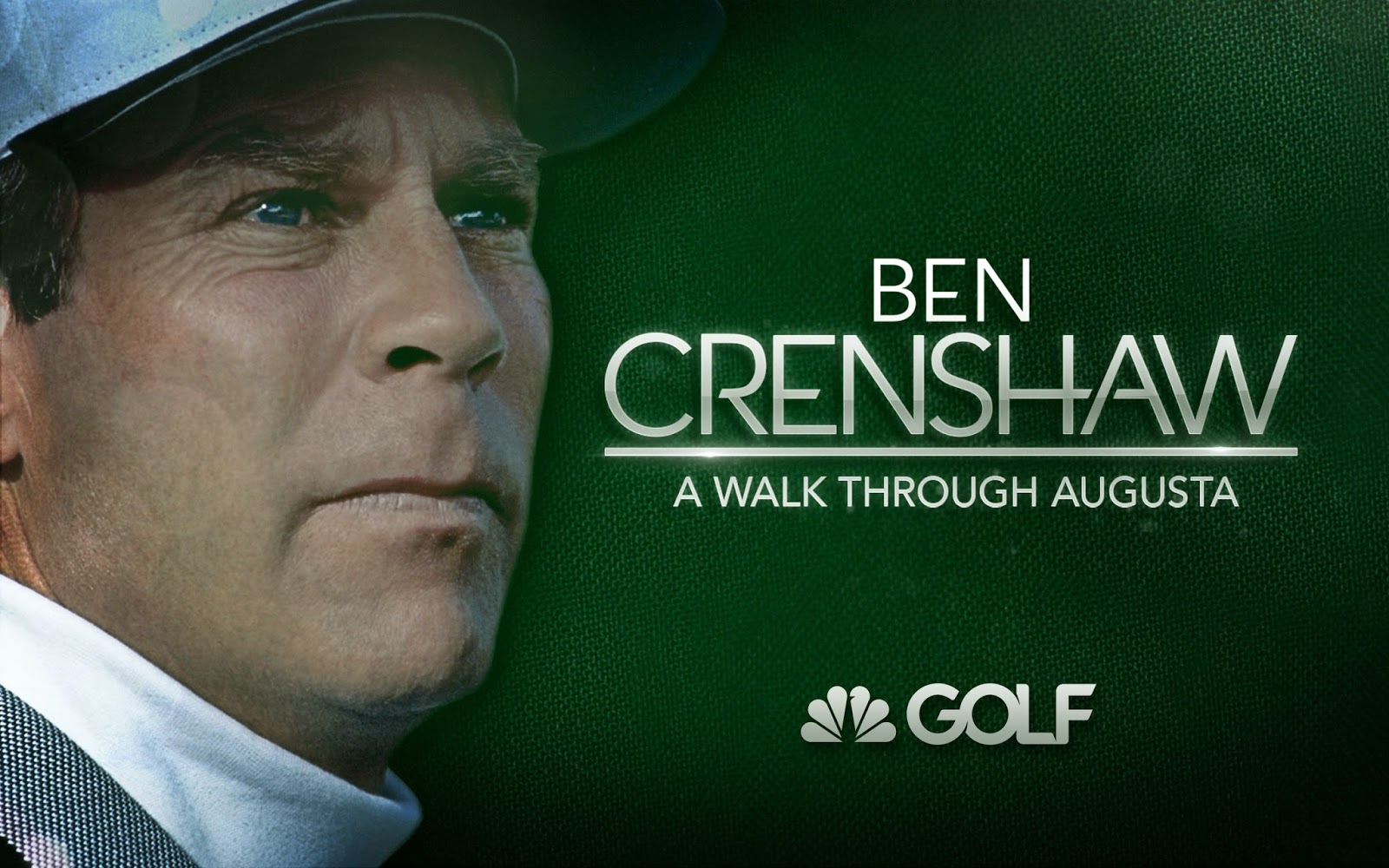 Interviews with Family, Friends and Fellow Pros Highlight Crenshaw’s Reverence for the Masters and its Founder Bobby Jones

(ORLANDO, Fla.) – Capping an emotional week marked by his last competitive round at the Masters Tournament, Golf Channel Films will premiere Ben Crenshaw: A Walk Through Augusta, a hour-long retrospective on the life and career of Ben Crenshaw and his special relationship with the Masters, premiering Monday, April 13 at 10 p.m. ET on Golf Channel.

“It’s almost as if he has green blood in him, not red.” – wife Julie Crenshaw

Via special access to Crenshaw as he prepares for and plays his last Masters, Golf Channel will weave interviews and footage shot this week throughout the film, which will explore Crenshaw’s life and Hall-of-Fame career, from his childhood and upbringing in Austin, Texas – where he became a golf prodigy by the age of 16 – to the present. Included are never-before-seen home movies, interviews with friends, family and fellow golf professionals, and highlights and stories from his first Masters victory in1984 and the improbable win in 1995.

Led by Jimmy Roberts, Ben Crenshaw: A Walk Through Augusta also explores Crenshaw’s relationships with his longtime teacher Harvey Penick and caddie Carl Jackson, and stories about the roles the two men played in his life and two Masters victories. It delves deep into the state of Crenshaw’s game leading to the ’95 Masters – a tournament that seemed out of reach due to his poor play – and his state of mind, recalling Penick’s passing during the week. The film captures Crenshaw’s memory of a dreary day in Austin when he put his friend to rest. “I’d lost a father figure, someone who gave the love of golf my whole life,” Crenshaw said. “Seemed like it was raining everywhere that day.”

Ben Crenshaw: A Walk Through Augusta also explores the reverence Crenshaw holds for the Masters, its founder, Bobby Jones, and Augusta National Golf Club, and the special place they hold in his heart.

“When you listen to him talk about Augusta, he feels it. There’s just this relationship between him and the golf course.” – Crenshaw biographer Melanie Hauser

Ben Crenshaw: A Walk Through Augusta is the second Golf Channel Films production of 2015. Arnie & Me, which premiered in March, featured a collection of fan-generated videos paying tribute to the great Arnold Palmer; the fourth installment to 2014’s critically acclaimed, three-part documentary, Arnie, which chronicled Palmer’s life and career; and the Emmy-nominated Payne, which remembered the late, great Payne Stewart.
Posted by Blogger at 10:37 AM