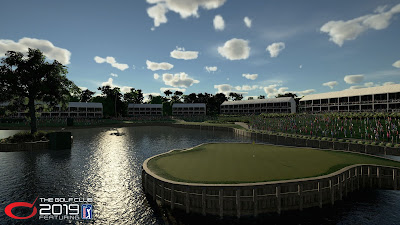 “HB Studios has an established and impressive track record in sports simulation game development, and from its early plans for The Golf Club 2019 Featuring PGA TOUR, we saw significant potential in both the game and future of the franchise,” said Greg Thomas, President at Visual Concepts. “With a solid foundation and talented team in place, we’re eager to leverage our collective strengths and make a notable impact for golf and simulation sports enthusiasts everywhere.” 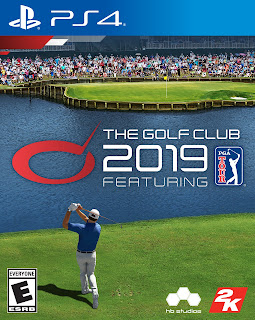 “I’m immensely proud of all the hard work and passion that our team has put into making this game. It’s truly been a labor of love, and I think that’s reflected in the product,” added Alan Bunker, CEO of HB Studios. “We couldn’t be happier to align with 2K and the PGA TOUR to share our passion for golf and sports simulation gameplay with franchise enthusiasts and newcomers worldwide.”

“We are thrilled to have partnered with HB Studios and 2K to create and distribute the first-ever tournament play mode within a console game, featuring some of the most recognized PGA TOUR events including THE PLAYERS Championship,” said Len Brown, Chief Legal Officer and Executive Vice President Licensing for PGA TOUR. “The career mode will allow our fans to rise through the ranks and earn their way onto the PGA TOUR, where they will compete on authentic TOUR courses.”

In addition, for the first time in franchise history, players will experience an officially licensed PGA TOUR Career Mode:
- Players will embark on an authentic journey through Q-School and the Web.com Tour, earning the right to play in a 32-tournament PGA TOUR season;
- Season play includes beautifully precise replicas of PGA TOUR courses that are accurate down to one-meter of resolution of the real-life courses;
- Players will forge rivalries and land sponsorships en route to competing in the FedExCup Playoffs, with the ultimate goal of becoming a FedExCup Champion.

Finally, The Golf Club 2019 Featuring PGA TOUR will now include a robust online multiplayer system for matchmaking and private matches:
- Players will compete on featured courses through matchmaking or chose from any available course for private matches;
- Go head to head or play as a team with friends in any one of six game formats, including the new additions of Skins and Alt-Shot.

The Golf Club 2019 Featuring PGA TOUR is rated E for Everyone by the ESRB and is available now for digital download on PS4 system, Xbox One and Windows PC. In addition, physical versions of the game will be available at participating retailers this fall. For more information regarding The Golf Club 2019 Featuring PGA TOUR, visit thegolfclub2019.com.
Posted by Blogger at 3:45 PM


Sport named “Cricket” is regarded as the religion in certain areas of the globe. Cricket has such a craze in the entire globe which no other sport seems to have. Just name any sport whose single match is played for 5 days and sometimes the result comes as a draw. Yet the love for the sport, the passion for the sport, the craze is always there. Either it is friendly series, country tour, tri-nation series, national league, International league, ICC World Cup, ICC Champions Trophy, Asia Cup. Cricket keep on tickling the hearts of the crazy cricket fans 24/7.
T10 League Cricket

Thanks for the information copa america 2019 calendario pdf

Thanks for sharing an article like this. The information which you have provided is better than another blog.
airphones review

Thanks for sharing your thoughts, this blog is great. Use Full Links.
SmokeSOS Review
SoundPRO Sport Review
Smart Fitness Review

Searching for assignment for me? Need something that won't cost you too much? Direct communication with the assignment writer.

Thanks for sharing your thoughts, this blog is great. Use Full Links.
Xwatch Smartwatch Review
Memorysafex Review
wifi Ultraboost Review