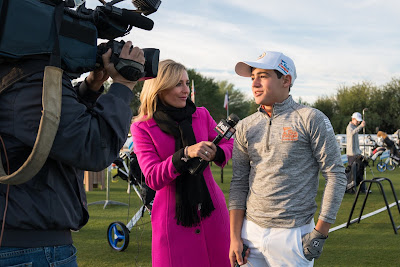 by Michael R. Abramowitz
On a weekend when it was announced that Steph Curry and Alex Morgan had joined Rory McIlroy, Rickie Fowler, Michelle Wie and Lexi Thompson as Official PGA Jr. League Ambassadors, they weren’t the only sports stars keeping an eagle eye on Grayhawk Golf Club in Scottsdale, Arizona. 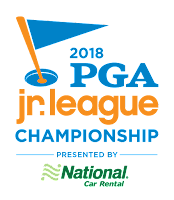 Despite all the celebrity attention, kids have that innate ability to become stars of the show.

For Defending Champion Team Georgia, veteran Lucas Jinglov, 14, of Marietta, Georgia, comes from a family that knows what it’s like to compete at an extremely high level.

Last year, he was a member of the PGA Jr. League Champion Team Georgia. Now, he returns to Grayhawk Golf Club in beautiful Scottsdale, Arizona, among a team of nine boys and one girl Captained by PGA Professional Patrick McCrary and Coached by Greg Powers, as they look to defend their title, Nov. 17-19. A team representing the state of Georgia has played in all six prior national finals of the Championship.

Lucas’ aunt is 1996 Olympic Gold Medalist Kerri Strug, of the “Magnificent Seven” fame, whose legendary vault on one foot catapulted the United States to glory at the games in Atlanta. His mother, Lisa, competed as a gymnast as well at UCLA, one of the powerhouse programs in collegiate gymnastics. And his father, Niclas, was a college golfer for Northern Illinois.

Last year, Strug proudly stood near the final hole as her nephew, Lucas, and his teammates captured the Championship. With the 7th PGA Jr. League Championship presented by National Car Rental now upon us this weekend and into Monday, Nov. 19, the event keeps getting bigger and bigger.

“It is an amazing event that starts with [more than] 50,000 golfers across the nation, and culminates in this awesome event at Grayhawk Golf Club,” said Strug. “It is good for the game of golf, as it brings new boys and girls into the game.”

“It’s cool – playing in the PGA Jr. League Championship is almost like a once-in-a-lifetime type of experience,” added Lucas.

“The kids really enjoy it,” adds his mom, Lisa Jinglov, who is Strug’s sister. “It is a very memorable experience for a lot of players at such a young age.”

The age range of this year’s field is 9-14. Jinglov will age out after this year. Yet, the stars appear aligned for a bright future in golf.

“It was great to see Lucas and Team Georgia win last year,” Strug added. “I know how hard Lucas works on his game and how passionate he is about golf. So, it’s great to see it pay off.”
Posted by Blogger at 9:45 AM