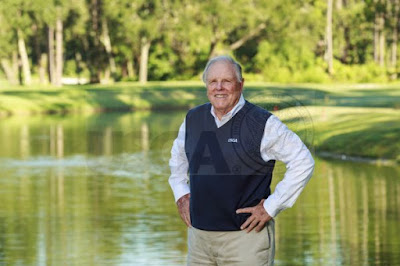 (LIBERTY CORNER, N.J.) - The United States Golf Association has named Tom Dudley, of Jacksonville, Fla., as the recipient of its 2019 Joe Dey Award.

The USGA has presented the Joe Dey Award annually since 1996 in recognition of an individual’s meritorious service to the game as a volunteer. It is named for Joseph C. Dey Jr., who served as the USGA’s executive director from 1934-1969 and was inducted into the World Golf Hall of Fame in 1975.

Dudley, a native of Columbus, Ga., and past president of the Florida State Golf Association, has volunteered in more than 100 USGA championships as a Rules official over the past 30 years, including 26 U.S. Opens. He has worked more than 300 FSGA championships and qualifiers in addition to his tenure as the organization’s president from 2008-09.

“Tom’s selfless commitment to golf and the timeless values of sportsmanship are the embodiment of what the Joe Dey Award stands for,” said Mike Davis, USGA CEO. “He has been a longstanding friend of golfers everywhere, and we are proud to recognize his countless hours of service and the many ways in which he has given back to the golf community through his passion for the game.”

Dudley served as a referee for countless high-profile players, including Tiger Woods, Phil Mickelson, Adam Scott, Rory McIlroy. But his favorites include joining Buzz Taylor as the co-referee for the final 18 holes in the 1994 U.S. Amateur Championship at TPC Sawgrass, won by Woods, and during the 1997 U.S. Senior Open at Olympia Fields, receiving the assignment to walk with his good friend, Bob Duval, and Jack Nicklaus.

“I have been honored to meet so many incredible people – like Joe Dey, P.J. Boatwright and others – and it is the camaraderie in golf that I’ve loved the most,” said Dudley. “The game has given me the great opportunity to visit some of the most incredible places in the country. It has taught me that golf is a game of integrity and honesty and playing by the Rules can show a person’s true character, as It is the only game where you call penalties on yourself. By knowing the Rules and ensuring that the game is played by the Rules has played an important role in my love for the game.”

Widely known as an expert on the Rules of Golf, Dudley has attended 30 PGA-USGA Rules of Golf Workshops and has been an instructor at more than 50 workshops. He has scored a 94 or above on every Rules test since 1994. He achieved a perfect score four times in his career, and recently passed the test on the new 2019 Rules of Golf with a 99. Only those who score a 90 or above can serve as a Rules official at the U.S. Open Championship.

Dudley is also actively involved with his home golf club, Timuquana Country Club in Jacksonville, where he helped bring the U.S. Senior Amateur Championship in 2002 and served as the general chairman. He also played a major role in Timuquana’s hosting of the 2019 U.S. Women’s Amateur Four-Ball Championship, to be played April 27 – May 1, 2019.

In addition to his service to golf, Dudley also was involved with his local Little League baseball organization for more than 20 years as a coach, president and director of umpires.

Dudley will receive the Joe Dey Award at the USGA’s Annual Meeting and Service Awards Dinner in San Antonio, Texas, on Feb. 23, 2019. The Service Awards Dinner celebrates the leadership, dedication and exemplary efforts of individuals who have devoted their time and talents to serve the game and honors the people whose dedication and outstanding accomplishments have made an important contribution to golf. In addition to the Joe Dey Award, the Ike Grainger Award, the USGA Green Section Award and the Herbert Warren Wind Book Award will be presented at the Service Awards Dinner.

To learn more, visit usga.org.
Posted by Blogger at 10:13 AM