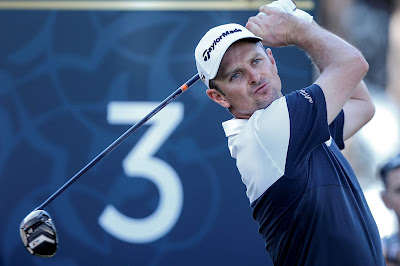 (RELEASE) - Justin Rose defends a tournament title for the first time in his storied career by winning the Turkish Airlines Open in a dramatic playoff over fellow TaylorMade stablemate Haotong Li. Rose's victory is his 11th European Tour career win and the 20th for TaylorMade's M3 & M4 Drivers in 2018

What you need to know:
With Rose’s win, TaylorMade’s 2018 M Drivers featuring Twist Face Technology now have victories in 20 tournaments worldwide this year, outpacing any other manufacturer this season.

It was a 1-2 finish for Twist Face Technology, with runner-up and fellow TaylorMade Staff player Haotong Li using an M4 driver.

Rose returns to World #1 in the OWGR after initially taking top spot after winning the FedEx Cup earlier this year.

This is Rose’s 11th European Tour career win and 2nd Rolex Series Event title, alongside being the first title Justin has successfully defended in his career. Justin moves to 3rd in the Race to Dubai standings.

Rose plays an 8.5° M3 440 driver equipped with a Mitsubishi Tensei CK 60TX, Justin averaged 295.8 yards off the tee for the tournament.

Rose has put faith in his TP Red Ardmore 2 putter all season, which he feels best suits his eye on the greens. He averaged 28 putts per round, good for 6th for the tournament.