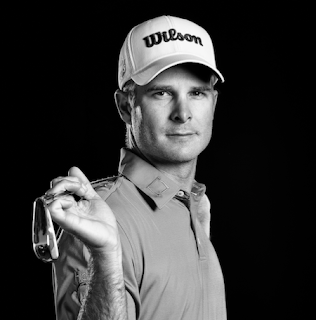 Streelman, who accrued over $16 million in prize winnings as a professional, first signed with Wilson Staff in January 2011. This extended agreement will see Streelman continue his longstanding relationship with the historic Wilson Staff brand for at least two more years, through 2019.

“I trust Wilson Staff to provide me with the very best in equipment as I continue to compete with the world’s best,” stated Kevin Streelman. “I also know that Wilson has the utmost confidence in my golf expertise to provide feedback and aid them in the research and development of new products. I am thrilled to be continuing my very successful partnership with the Wilson and I am extremely excited for what’s to come."

“Kevin Streelman’s importance to Wilson Staff over the years has been immeasurable,” commented Tim Clarke, President of Wilson Golf. “His presence as an ambassador has been critical as we at Wilson continue to solidify our presence as one of the world’s finest golf brands. Streelman’s dedication to the research and development of our latest products helps us to bring the very best to the marketplace, each and every year.”

Streelman has played an integral role with the Wilson Staff brand since he signed in 2011, not only as an ambassador, but also as a trusted advisor to the R&D department as they continue to develop awardwinning products year in and year out. Streelman will continue to play Wilson’s highly decorated FG Tour V6 irons and PMP wedges.