(Norman, OK) — The historic and revered Northwood Club in Dallas is undergoing a complete course and driving range renovation.  Golf course architecture firm Tripp Davis and Associates (TDA) began construction in 2016 with a master plan renovation of the 18-hole layout. 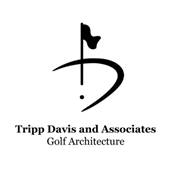 Originally designed by William Diddel in 1946, Northwood hosted the 1952 U.S. Open which was won by Julius Boros, making it one of only three courses in Texas ever to have hosted the prestigious national championship.  Davis is planning on putting a marker on every tee to show where the pros hit from in the 1952 U.S. Open.  Northwood also has been the host for several regional USGA, local North Texas PGA and AJGA tournaments.

“Northwood is a great club with one of the best and most historic golf courses in Texas,” said Davis. “Our approach was to restore the original character found in Mr. Diddel’s greens, rebuild the bunkers to reflect Diddel’s style, and reposition bunkers and tees to be more strategically relevant for today’s game.”

The TDA team, which includes shaper Jason Gold, design associate and construction specialist Kyle Downs, and builder Landscapes Unlimited, will restore all tees, greens and bunkers and reshape most fairways, along with providing new cart paths, drainage and a new irrigation system.  The shaping and drainage are nearing completion with all plantings done.  The main course will open Spring 2018.

Davis and his crew also rebuilt the practice facilities and designed a “Short Course” to broaden the playing options, especially for junior golfers.  The “Short Course,” with holes ranging from 50-120 yards long, opened late November 2017.  In addition, creeks on the property are being restored, and a new irrigation lake was built to help the club recapture more water.

“Restoring a U.S. Open championship course is a high profile opportunity for both our club’s members and the architect,” said Northwood Club President Jay Carvell. “We have worked with Tripp Davis for many years preparing to return the Northwood course to the classic layout that tested Julius Boros and Ben Hogan more than 60 years ago.”

For more information about Tripp Davis and Associates, visit the website at www.tdagolf.net or call 405-447-5259.
Posted by Blogger at 10:25 AM