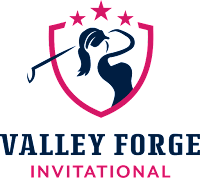 The event, one of approximately 22 official qualifying tournaments for players aspiring to compete on the LPGA Tour, will be held on May 24, 25 and 26 of 2018. Pro-Am competition will take place on Wednesday, May 23; with practice rounds for competing players on Monday and Tuesday, May 21 and 22. Final Symetra Tour schedule for 2018 will be announced soon.

"To be able to play in Montgomery County, specifically an area with as well-documented of a history as Valley Forge, it really shows how the Tour continues to expand," said Mike Nichols, Chief Business Officer for the Symetra Tour. "Throw in the fact we are playing in the shadow of Philadelphia, a major United States market with a rich golf tradition, and it is a great draw for both the community and Tour." 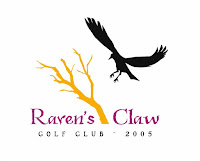 The selection of Raven’s Claw Golf Club is another feather in the cap for the course that opened in 2005, in the golf-rich Philadelphia suburban area of Montgomery County. The course was designed by Philadelphia area-based architect Ed Shearon and has been a consistent selection on the list of Pennsylvania’s Top 10 Daily Fee courses, as selected by Golfweek Magazine.

After years of hosting important amateur events – including a portion of the Montgomery County Amateur Championship for the last 13 years – this will be the first professional tour event played on the rolling hills of this challenging course. That fact has owner Bob Davis very excited about the arrival of some of the best up-and-coming women professionals in the world.

“As Raven’s Claw has matured over the years into a premier daily fee golf course, we have prepared for this day to come,” explained Davis. “The community that has been built around Raven’s Claw is excited for this event. Our staff is preparing the course and facility every day for this special week in May. And we are equally excited for this opportunity to show off the entire Greater Philadelphia area. This is an event that will benefit a lot of local people and businesses.”

For more information about the Valley Forge Invitational and the LPGA’s Symetra Tour, contact TL Golf Services at 610-279-9220.
Posted by Blogger at 10:38 AM