Justin Rose Closes a Remarkable Year with 10 of 10 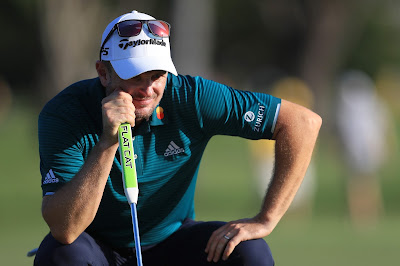 (SAN DIEGO) – With his latest victory at the Indonesian Masters in the bag, Justin Rose can head into the holiday season reflecting on an extraordinary year.  Rose, who has played Lamkin grips for over 20 years finished off his year in style with a final round 62, for an eight stroke victory at the Royale Jakarta Golf Club, despite having to play 30 holes on the final day.

This latest victory completes an incredible run of ten top 10 finishes in a row, including three wins. This run of success has come across the season ending stretch that has included some of the biggest tournaments and strongest fields in world golf. Rose, who plays Lamkin REL ACE grips on his swinging clubs and a Lamkin FLAT CAT grip on his putter, heads into 2018 as one of golf’s hottest players.

Bob Lamkin, President and CEO of Lamkin Grips, is delighted with Rose’s form and the way he has represented the brand’s values for many years, as he explains, “We’ve had a formal relationship with Justin for four years, but he has used Lamkin grips since he visited our U.K. offices with his father over 20 years ago. He is an incredibly gifted golfer who carries himself, on and off the course, with tremendous poise, humility and integrity.

The REL ACE grips as used by Rose for many years benefit from Lamkin’s super-tacky ACE 3GEN material which dampens vibration and combines with a unique keyhole pattern to maximize contact with the golfer’s hands and provide an incredibly secure connection to the club. The FLAT CAT Putter Grip that Rose has used to great success through 2017 puts the feeling of a square putter face directly into the palm of a player’s hands. Each side of the FLAT CAT grip is in a parallel plane with the putter face, allowing every golfer to establish a personal feel with the face of their putter no matter what their putting style – traditional, left-hand low, saw, claw and more.

For more information on all Lamkin grips, visit www.Lamkingrips.com or Get social @LamkinGrips
Posted by Blogger at 11:30 AM